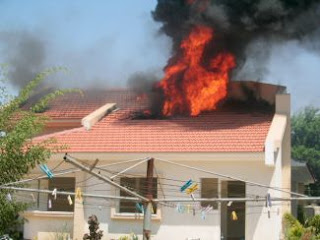 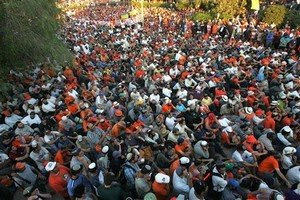 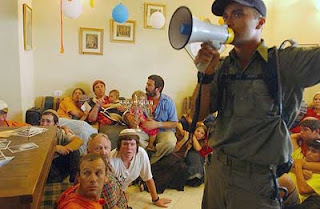 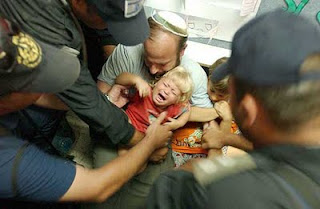 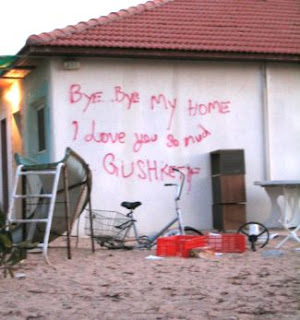 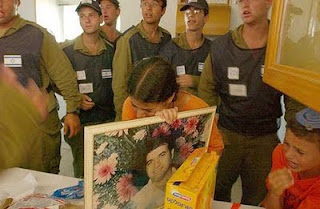 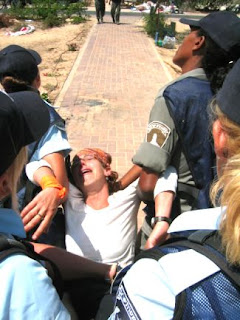 Four years ago exactly, we were betrayed, abused and violated.

We were betrayed by the “right wing” Government which voted in favour of Disengagement, and gave the legal basis to implement his crimes against our people.

We were betrayed by the right wing parties – including our own Mafdal – who sat side by-side with , and enabled him to destroy and abuse the men and women who are the bedrock and heroes of the National Religious Movement.

We were betrayed by our ultra-orthodox brothers, who were absent from our struggle, let our shuls and yeshivas be destroyed, our graves with fresh bodies be desecrated, Eretz Yisrael be abandoned to the Sonei Yisrael - bribed into silence by promises of increased funding for "their" Torah.

We were betrayed by some in Moetzet Yesha, who took responsibility for directing our struggle, but crossed the line between “pragmatism” and “treachery”.

We were abused by the Media who vilified our rightful and righteous resistance to the crimes visited upon us.

We were abused by the Police, who beat us, arrested us, harassed us and invented grievous charges against our thousands of innocents.

We were abused by the Courts, who sent our innocent children into terrible prisons for months, and who dished out criminal records to heroes of our nation, instead of medals.

We were abused by the social services, who threatened to remove our valorous children who fearlessly resisted Disengagement, by forcefully removing them from their homes and placing them in welfare institutions.

We were abused by “Sela” who were handed hundreds of millions of shekels, and wielded awesome powers to help rebuild – but who instead cruelly starved thousands of their rights and compensation.

We were violated by our own Army, by soldiers who were our brothers, sisters, our children and parents – forcing us out of our homes, exiling our communities and destroying everything we had built, out of sand-dunes, over thirty years. Turning Jew against Jew, Defenders of , against Defenders of . Zionists against Zionists. Brother & sister against brother & sister.

Our dearest families, friends and communities were violated. Our beautiful homes were violated and demolished. Our sacred shuls were desecrated and destroyed. Our Betei Midrash and schools, filled with torah, were forever silenced and bulldozed. Even the graves of our loved ones, many who fell to protect our Jewish State, were uprooted. Our thriving businesses were bankrupted beyond repair. Our savings gone – only debts.

Our one shirt torn in “kria” from seeing Eretz Yisrael in ruins. Still unshaven from tisha b’av. Our kids, shaken, gaping, without even diapers or milk. We were stuffed into public buildings and shabby lobbies. Abandoned.

And worst of all, we felt betrayed, abused, violated and abandoned by… Hashem. Our Father, You knew our every fiber was devoted to You. Our lifetime enterprise was all in Your Name. Our Father, You surely heard the piercing heart-wrenching tefilot, of us, of our sons and daughters from your shuls in Gush Katif, from throughout Eretz Yisrael, from hundreds of thousands who gathered at the Kotel, the remnant of Your Holy Temple. PLEASE remove this Harsh Decree. Our Father in Heaven Please.

But You did not save us.

Four years later, our people, still dazed and traumatized, are in a wilderness. No permanent homes, no rebuilt communities. Unemployment and previously unknown social ills. Left to rot. No past. No hope. Fearful of no future.