Any Body For An Autopsy? 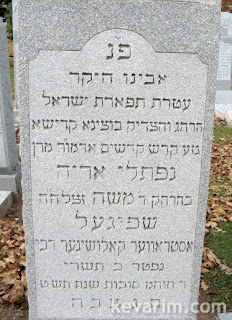 I have just now returned home from a ghastly funeral – a young mother of 10 kids, who never woke up this morning. A family friend and member of my shul.

According to a reliable source, who had been involved in an official capacity with the arrangements for the funeral, a contingent of ultra-orthodox folks from outside the neighborhood had turned up at the door of the bereaved, and they had physically stopped the hatzala people from taking the body of the mother out of the house in order to take her to her funeral.

The contingent said they would not let the body leave the house, lest there be an autopsy. And they apparently made it clear that, if there would be any suspicion that an autopsy might take place, there would be painful consequences (the official told me he understood they were threatening to initiate rioting in ultra-orthodox neighborhoods).

Apparently, only when Rav Kupschitz provided a signed letter to these people, assuring them there would be no autopsy, did they let the funeral proceed.

Their threats were not empty.

In January 2007, a 40 year old woman was found dead near Ramat Bet Shemesh (Bet) under suspicious circumstances. According to reports, a crowd of several hundred local men arrived at the scene and forcibly prevented police from moving the body.

In the ensuing riots, four police officers were lightly injured and three men were arrested for assault.

After successfully keeping police from the body, the rioters carried away the body, which was hidden from the police; those who took the body, refused to return it until they received assurances from the authorities that only an external medical inspection of the body would be performed, but not an autopsy.

And earlier this month, a 36 year old mother of 7 in the city of passed away suddenly from (semeingly) heart failure. The authorities (i.e. police) wanted to perform an autopsy. That reportedly led to the residents going out to protest by the thousands.

The halachik issues of if, when and how to perform autopsies is not straightforward, as there are circumstances in which many/most halachik authorities would allow an autopsy to take place. It is a delicate balance between the wellbeing, even financial, of living parties (such as to remove a pace-maker, or to obtain life insurance, or to learn from medical errors, or to detect a murder, etc…) against the "disgrace" to the body.

However, since when should a factor in these weighty decisions by responsible parties, be threats of communal violence and fears for public security?