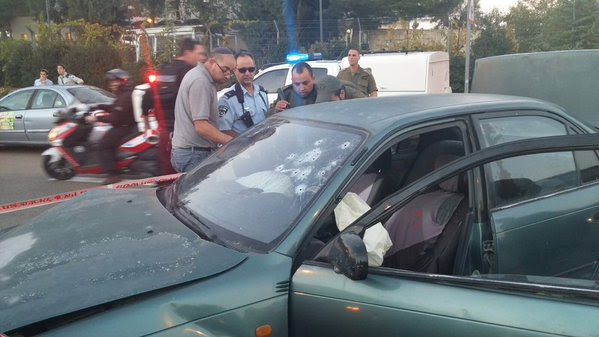 Yesterday there were two more terror attacks - a 38 year old Arab stabbed Jews at prayer in a synagogue in Tel Aviv, murdering two, and at Gush Etzion, 20 minutes from my door, an Arab terrorist shot and murdered three people, two of whom were Jews.

One of these victims was Ezra Schwartz, an 18 year old yeshiva student from Boston, USA. Ezra was studying at Ashreinu, a local Beit Shemesh yeshiva for American students.

Terror attacks have become a horrific nightmare part of daily life in Israel, particularly in the past two months.

With each news broadcast and social media report of more terror attacks, a subjective filtering of the horror takes place. What happened? Where was it? Could anyone I love or know be a victim?

I have recently had the nagging surging feeling that I'm involved in some ghastly and terrifying game of  Russian Roulette.