The world's spotlight is now on Europe and the Syrian refugee influx.

They are talking hundreds of thousands of current and potential refugees. The UK, for example, has 'thrown its door open' to 15,000 refugees, over a five year period (perhaps they hope the war will be finished & forgotten by then).

In addition, there are boatloads of refugees coming into Europe from other countries, mainly north Africa, fleeing political upheaval and poverty.

However, the brunt of the refugee crisis from just Syria is being borne by Syria's Middle East neighbours (2 million refugees) and within Syria itself (over 4 million displaced people). 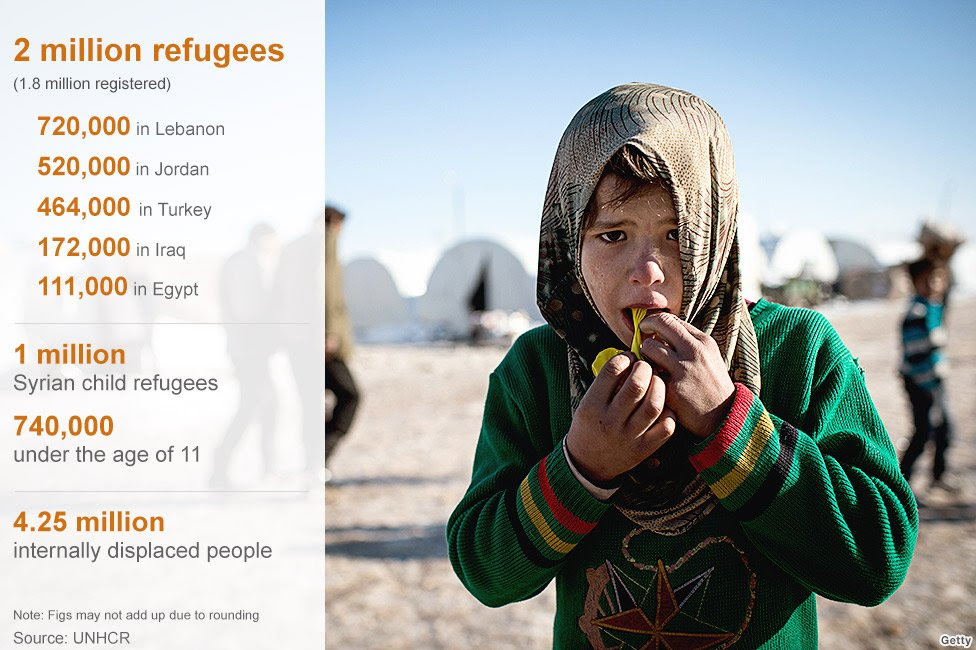 The reason that EU countries are so reluctant to accept these refugees is that fear they will become EU residents and eventually citizens. More people in Europe, apparently, means less resources to go around. Furthermore, the acceleration of the "Islamisation of Europe" is a recipe for local discontent and potentially worse.

An Egyptian billionaire business man, Naguib Sawiris, has become famous recently for offering to buy an island to house all Syria's refugees, at his expenses, and which he would run. Mr Sawiris has offered to give the refugees gainful employment while they are his guests.

While it sounds like a fine and magnanimous offer, this would amount to a private refugee camp, run by a businessman, running a work-force of dependents.

It sounds like (potentially) a private fiefdom, and a concentration camp.

I suggest a much better approach would be for Europe to establish refugee camps, under international supervision and control, to house, educate and provide basic services to temporary residents, who will return to their homes when it is safe to do so.

Of course, as every free country knows, returning refugees to their land of origin is a major challenge.

We have witnessed this debacle in Israel, with the refugees from Sudan and Eritrea, who are in limbo; the USA has this problem with Mexican illegal immigrants who, once in the USA, are difficult to repatriate. The same pattern is international.

So, in the case of today's refugees, a legal foundation would need to be set, to permit hosting countries in Europe to repatriate the refugees, if they do not return voluntarily to their countries of origin once the storm has passed.