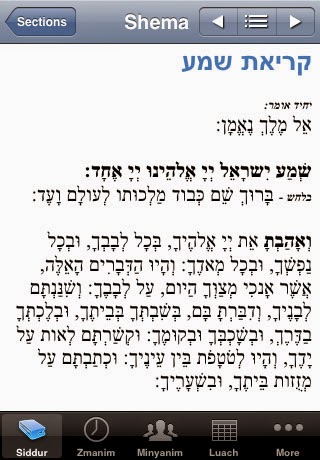 At this time of year, it's particularly easy to make a mistake while praying.

Jewish prayer is highly structured and much of it is repeated verbatim, even three times each day.
This is based on the idea that prayers should be easy to remember, as siddurim/prayer books only became plentifully available at low cost, with the invention of printing.

However, there are changes in the prayers, depending on numerous variables, and these can range from the considerable to minor. There are seasonal changes; changes depending on the day of the week; whether it is a New Moon; whether the prayer service is morning, afternoon or evening; there are differences in whether one is in Israel or abroad; 10 days of Penitence; etc..etc..

For example, today is an intermediate day of Passover (Chol Hamoed) and so there are additions to the standard Amidah prayer; Hallel; Musaf for Pilgrim Festival; Torah readings; we have just changed to summer (requiring two changes - morid hatal and vetain bracha); counting of the Omer, etc..etc..

It can be quite easy to get something wrong, and some mistakes are considered serious, for example requiring one to hit the re-start and repeat the Amidah from the beginning.

There are excellent apps available for smart phones, which transform one's phone into a Siddur/prayer book. (I use Rusty Brick Siddur)

Aside from the convenience of having everything on one's phone, and therefore no longer needing a prayer book, particularly when on the move - these apps also automatically adapt the text of the prayers to the date, time, location and personal preferences of the user.

Therefore, it is often clearer than the traditional prayer book itself, as the app presents the user with ONLY the correct prayers. All the variations & permutations have been taken into account, without a man-in-the-loop, creating a fail-safe prayer book.

I recently asked two rabbis whether, given these advantages, there could be a preference to using a smart-phone prayer-app over the traditional prayer book, such as while in synagogue?

The first rabbi rejected the idea, saying that the traditional prayer book has been used for hundreds of years, and should not be replaced by apps. Only in case of need, such as while hiking, travelling or when unable to pray with a minyan, should one use apps.

The second rabbi I asked, aged a sprightly 86, responded by asking me: "David, aside from the prayer app, what else do you have on your smart phone?"

I explained that I have many other apps, such as emails, text messaging, news services, whatsapp, Facebook, etc...

The rabbi looked me in the eye and said - "with all these distractions that you have on your phone, THAT's why it's not a good idea to use the prayer app on your smart phone, instead of a prayer book. How could you possibly concentrate?!