What Is a Rabbi? 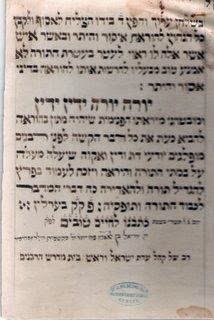 An interesting topic has cropped up in a class/shiur I regularly attend (for the past 15 years!), given by Shmuel Katz.

Shmuel brought a gemorah in Sotah, together with the Shulchan Aruch, which said that it is forbidden for a student to give a halachik ruling in front of his rabbi; therefore, a student who is learned enough to rule on matters of halacha needs a special permission (rishut) from his rabbi/teacher, in order to give novel (lechadesh) halachik rulings, in the presence (within 12 km) of his teacher.

Shmuel suggested that this is the origin of today's smicha, rabbinical ordination.

He also pointed out that, from this perspective, anyone knowledgeable enough, even without smicha, can quote halachik decisions which have been stipulated by someone previously (such as referring to a book - for example the Rambam, Shulchan Aruch, Aruch Hashulchan, Mishna Brurah, Igrot Moshe..etc..etc.) - ie. teaching an existing halacha, rather than innovating new halachik decisions.

This discussion prompted me to do some desk-top research about the origins of the role we refer to today as "Rabbi".

First of all, a rabbi of today is NOT a rabbi of ancient tradition and his ordination is not the Smicha referred to in the Torah.

That smicha, which originated with Moses, who laid his hands and conferred it upon Joshuah (Numbers 27:23), and then (without laying his hands) also on 70 members of the original Sanhedrin, continued from generation to generation until the Roman era.

In response to the Bar Kochba Revolt, Emperor Hadrian banned giving smicha, on pain of death to all involved, both directly and (very) indirectly, such as killing everyone in the city in which the smicha was given.

Rabbi Yehuda courageously balked that edict, passing on his smicha to five leading scholars, in a suitably remote location, and while he was killed by the Romans, the newly ordained Rabbis lived to pass on the halachik tradition.

However, the writing was on the wall, as it were, and the unbroken chain of Smicha seems to have died out by the time of Hillel The Second (4th Century CE).

There were several attempts to revive the traditional smicha, most notably by Rabbi Yaakov Beirav, of Tzefat in Israel, around 1538. One of the recipients of this Smicha was Rabbi Yosef Karo, and it continued until Rabbi Chaim Vital.

Rather, the origins of today's smicha do probably come from the concept of Rishut to innovate halacha in front of one's rabbi (Maimonidies, Hilchot Talmud Torah 5:2-3; Shulchan Aruch, Yoreah Deiah 242:4) which Shmuel brought up in our class.

This has been developed over time and today there are two levels of rabbinic ordination - Yoreh Yoreh (permission to make halachik rulings regarding Jewish ritual laws) and Yadin Yadin (today referred to as Dayanut, permission to make rulings on financial issues - Choshen Mishpat).

Leaders of some (particularly Litvish and chasidish) communities wield tremendous influence and power, but might not have officially received ordination. The most famous example was the Chafetz Chaim, who was the halachik authority of many thousands, in spite of not having an official smicha, which he only eventually obtained for administrative purposes (getting a passport!).

Here in Ramat Beit Shemesh, perhaps (very rough estimate) every fourth male adult has a smicha certificate on their wall, but they have no halachik authority in the community.

There is another concept, the community rabbi, which is related, but different, to the Smicha institution.

Today's pulpit or community rabbi did not exist until the Middle Ages.

According to an article in Tradition, by Rabbi Dr Dr. Bernard Rosensweig, following the vast destruction and disruption of the Black Death Plague in Europe, there was a clear need for local community spiritual leadership.  The first community rabbis were appointed in Germany in the 14th and 15th Centuries.

Not only did the communal rabbi answer many of the spiritual needs of their community, but they also sometimes filled a political role, which was also important to the gentile leadership. Rosensweig brings an example from the year 1434:

Emperor Sigismund decided to levy a Coronation Tax on the Jewish subject~ under his sway. No king had ever imposed such a tax, despite Sigismund's claim of royal precedent. Nonetheless, he ordered the Jews to send emissaries to Bas1e to discuss the contemplated tax. The Jewish community of Augsburg sent two delegates to those negotiations. One of their representatives was Rabbi Jacob Weil, the respected rabbinic head of that Kehilah. The same procedure was repeated in the Nurnberg negotiations of 1438.

Regretfully, where there is power, there will inevitably creep corruption. Rosensweig continues:

With such potential power and influence inherent in the rabbinate, we are not shocked to learn that in the fifteenth century, there were unscrupulous men who bought their way into these positions. Nor are we surprised to hear that they used their authority to further their ambitions. The number of pseudoscholars and unworthy candidates who acquired Semichah multiplied, causing Rabbi Israel Isserlein to comment caustically that while there were many ordained rabbis, there were few genuine scholars.

If we fast-forward six centuries, we will observe that today's community rabbi has become a central and critical figure in developing and sustaining Jewish communities around the world. Alongside their ordination, is an authority which comes with their position as community rabbi to teach and rule on Halacha, ethics and spirituality, as well as perform life-cycle ceremonies, such as marriages, funerals, barmitzvas, etc.

However, the original issue (raised in Shmuel's shiur) of halachik innovation is scarce today, with the plethora of printed halachik texts and sources to reach for, covering almost every common situation.

Every community varies in their relationship with their rabbi, and even for each community member - from conferring total control in some areas of their lives over to their rabbi - to a role as a cherished & respected adviser, comforter and mentor.