Freedom to Offend - From Paris to Exodus 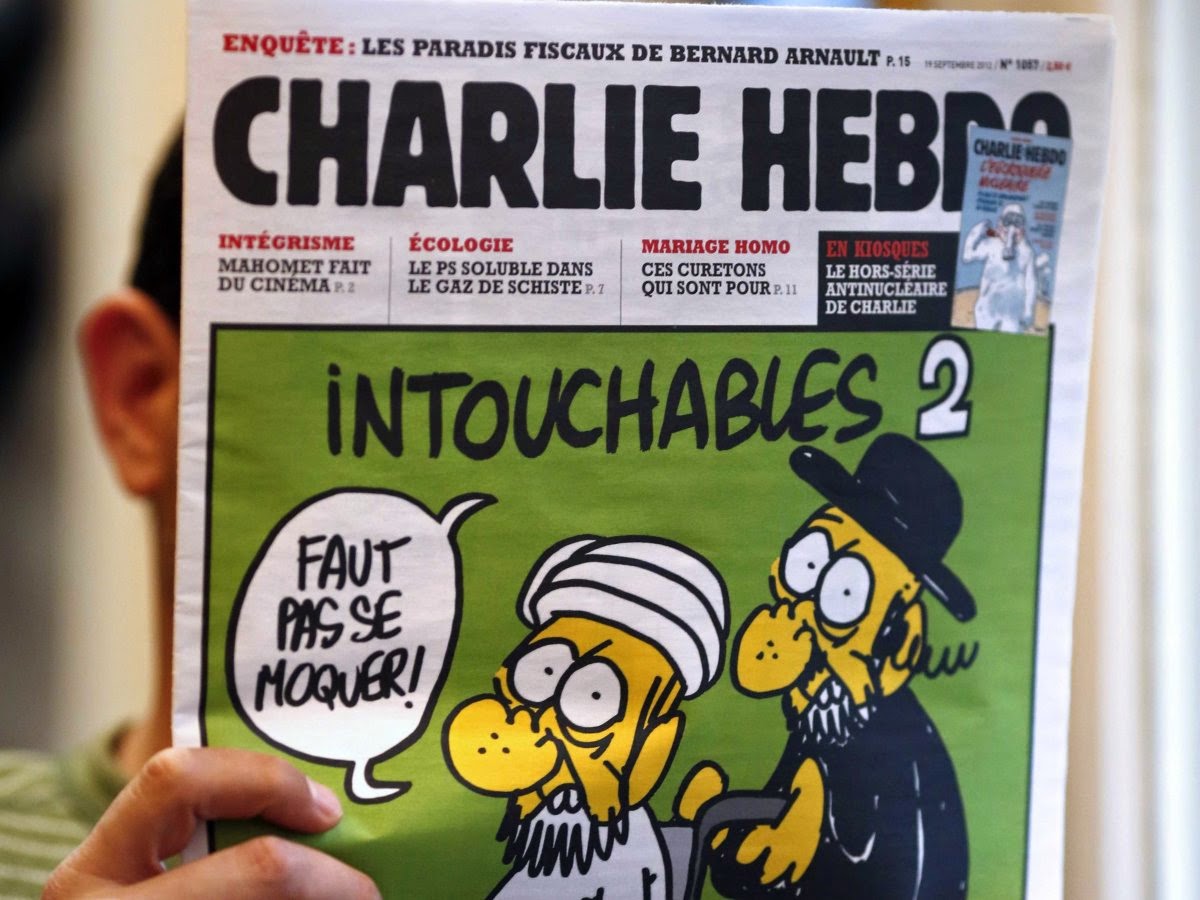 [Note: This article was written and posted after the terror attack on Charlie Hebdo and before the attack on the Kosher Supermarket in Paris; it therefore does not relate to that subsequent attack].

When the French satirical magazine "Charlie Hebdo" decided to publish cartoons of Mohamed, they crossed a line which resulted in terrorists horrifically and tragically murdering 12 people at the newspaper's offices in Paris.

The line between freedom of expression on the one hand, and the right not to be offended, on the other, has been debated for thousands of years. This is especially acute - and explosive - when God, and the possibility of blasphemy, is a factor.

Moses, in this week's parsha (Shemot) is instructed by God at the burning bush to return from Midian to Egypt, in order to obtain the release of the Children of Israel.

Instead of responding "Hineini!" - I am at your service - as Abraham had done when instructed to sacrifice Isaac, and Elisha would do in future, Moses has the apparent gall to answer God back.

Moses protests: “Who am I that I should go to Pharaoh?” said Moses to God. “And how can I possibly get the Israelites out of Egypt?”

God responds to Moses' expressed concerns, and Moses objects further "who shall I say sent me?"; "they won't believe me!" and "I am unable to speak clearly".

The fact is, to pre-Exodus ears, the job of getting Pharoah to let the Israelites go, can only have sounded like Mission Impossible.

Finally God gets angry with Moses - "for the anger of the Lord was kindled" - and sends Moses on his way to Egypt.

Even then, in spite of Moses receiving this Divine instruction, Moses then asks his father in law for permission to travel to Egypt - which presumably he could have refused to give.

In a similar instance, when Abraham is informed by God that He will destroy Sedom, Abraham does not accept God's word, but rather Abraham enters into a remarkable bargaining process with God, successfully bidding Him down from a requirement that there be 50 good men, to just 10, to save the city.

In this week's parsha, the two midwives, Shifra and Puah are given instructions directly from Pharoah to secretly kill all male Israelite babies before their mothers notice.

The most powerful man on earth has given these women a direct order - which they disobey. "They saved alive the men-children".

In modern times, Golda Meir is reputed to have said to Richard Nixon that he has an easy job - being the President of 250 Million voters. Golda said her job is much more difficult, "I am prime minister of three million Prime Ministers."

Debate, dissent and chutzpah are deeply ingrained in the Jewish psyche. From the beginning of our history, questioning and challenging assumptions, leaders and even God Himself, have been encouraged.

Humility of our leaders is the baseline. Moses was "the most humble of men". And God Himself is "long suffering" in dealing with our "stiff necked people".

The Islamist response to being offended, by cold bloodedly murdering journalists, police and bystanders, in a hail of fire and executions, is outrageous for every human and even more so for every Jew.

The intrinsic tolerance of other opinions, however offensive to us and even to our God, could never result in Jews breaking the command Thou Shalt Not Murder - or indeed breaking into much of a sweat.