"I Asked My Rabbi" - Trump Card or Joker? 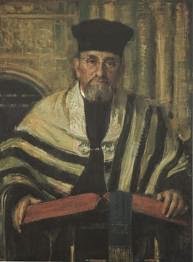 In a recent case of alleged sexual abuse of students by a senior member of staff in a school, other staff who appear to have known about these abusive practices, but failed to protect the students - have reportedly defended their behavior by claiming they "asked a rabbi".

The Rabbi allegedly told the staff to ignore the students' complaints, and take no protective actions.

In the orthodox system, asking "daas torah", a rabbinical authority, is a central tenet of the structure of religious and communal existence. Orthodox Jews are taught, from the cradle to the grave, that personal and ritual questions and dilemmas are to be referred to a qualified orthodox rabbi. The Mishna in Pirke Avot, "Oseh Lecha Rav" - is generally understood as an obligation on every individual to chose a rabbi, and then follow his teaching and instruction.

The extent of this rabbinical control over their followers & communities depends upon social sub-groupings and lifestyle choice.

For example, the rule of the Hasidic Rebbe is considered to be absolute. A hasid will ask the Rebbe and accept the Rebbe's ruling as iron-clad, including for personal decisions about who to marry, where to educate their children, what employment to seek/accept, appropriate medical procedures, business decisions....the whole gamut of life's choices and challenges are referred to the Rebbe for instruction.

Many followers of Modern Orthodoxy, on the other hand, will routinely ask questions regarding ritual to their rabbi, and meticulously follow the rabbis rulings - but might use the services of his rabbi as a counselor, rather than ruler, regarding other dilemmas and questions.

The picture is complicated by the relationship of Jewish community authorities, and the state secular authorities. Daas Torah, and the Rule of Law. This clash of authority is particularly acute where there is a mandatory reporting requirement for a crime against a child, and yet a rabbi may decide a case should nevertheless not be reported to the authorities.

In the case of allegations of child abuse, there have been two major declarations in the US concerning the role of "daas torah" in the investigation and ruling of these allegations of criminality. These were issued in 2003 + 2010 + 2011 by the (Modern Orthodox) RCA and in 2011 by the (Ultra-Orthodox) Agudas Yisrael.

These two organizations' positions were summarized on this blog by Dr Nachum  Klafter:
-----

1. The Rabbinic Council of America ruled in April 2010 that there is an obligation to report credible allegations of sexual abuse to the secular legal authorities, and that there is no prohibition of mesira in doing so. This RCA reiterated this position on July 25th 2011.   There are four important components to their ruling:
·     All Jews who have first-hand-knowledge or a reasonable suspicion sexual or physical abuse of children are obligated by Torah Law to report this immediately to the secular legal authorities.  Failure to report constitutes a biblical violation of “You shall not stand idly upon the blood of your brother….”
·     The prohibition of mesira simply does not apply when making reports of sexual or physical abuse to the secular authorities.
·     Mandated reporters, such as therapists, must follow the mandated reporting laws imposed by the secular authorities even in cases where Jewish Law would not require that a report be made.
·     If someone is truly uncertain whether the facts he or she has become aware of are reasonable grounds for suspicion, he or she should [..."use common sense"] and seek guidance from a rabbi and/or mental health professional as appropriate. However, in a case where it is clear that the basis for suspicion of abuse is valid, and all the more so when one has first-hand knowledge, it is not necessary to ask a rabbi for a ruling before calling the secular legal authorities.
2. The Agudath Israel’s statement of July 22, 2011 includes the following key provisions:
·     All Jews who learn of credible allegations that a child is being sexually or physically abused are obligated by Jewish Law to report this to the secular legal authorities. This obligation, based on “tikkun olam” and “other important principles” (unspecified the their ruling), pushes aside any prohibitions (i.e. including mesira).
·     According to this opinion, the level of evidence required in order to achieve “probable cause” (raglayim la-davar) is a halakhic matter which requires a decision by a qualified posek. In other words, according to this statement issued by the Agudah, before anyone calls the secular authorities, he or she should first consult with a qualified rabbi in order to determine if the basis for suspicion is sufficient evidence to file a report.
·     The obligation to report, according to the Agudah, is based only on Jewish law considerations and not on any mandatory reporting provisions in the secular law.  In other words, according to the Agudah, a therapist or any other mandated reporter must also first consult with a posek before reporting suspicions of abuse to the authorities.
-----
In the case of the abusing teacher in the school, the other teachers are reportedly claiming they obediently followed the Agudah ruling, by referring the matter to their rabbi and following his instruction.

Any ultra-orthodox (Agudah-leaning) rabbinical authority is going to be challenged to contradict the line of defence of those teachers. Indeed, the rabbis' own authority depends upon this same concept of Daas Torah, and the obligation of every community member to seek out and follow rabbinical instruction.

On the other hand, if the teachers had been RCA/Modern Orthodox/Dati-Leumi their line of defence would not have stood up to very much - why did the teachers not also (for example) call the police, ask another rabbi as a second opinion (there ARE excellent rabbis who do understand abuse issues), take legal advice, refer to mental health professionals with expertise in sexual abuse, or, perish the thought, use their own best judgement (in the words of the RCA: "one should use common sense") to act to protect the vulnerable students under their charge from this alleged predator?

Furthermore, if ever subjected to a Court, the teachers' defence that they knew of abusive practices, had asked a rabbi, who had told them to ignore the students' complaints, and they had therefore done nothing to protect the students....is most unlikely to reduce the teachers' (and the Rabbi's) legal liability for negligence and complicity.