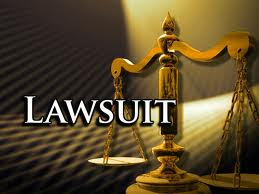 A class suit filing was submitted this week to the District Court for the Northern District of Illinios which accuses disgraced Rabbi Elimelech Meisels,  his sister Rachel Slanger, Yakov Yarmish and Bet Din Dayan Rabbi Zvi Gartner of conspiring to defraud parents out of thousands of dollars in tuition fees and withheld deposits. The four Meisels seminaries (Pnimim, Hemdas, Binas and Keser Chaya) are also identified as defendants.

The plaintiffs names have been omitted from the head of the published document, but are assumed to be parents of girls who attended the seminaries or are now enrolled.

The filing details a gruesome tale of how Meisels and others lured parents and students into their seminaries under false pretenses of ultra-orthodox standards of behaviour, and then Meisels groomed and sexually assaulted the girls, subsequently threatening & intimidating the victims into silence.

"This, it turned out, was a big fraud. It was all part of a scheme whereby Defendant Meisels and his co-conspirators would induce young girls to travel thousands of miles away from home under the guise of Jewish education only to forcibly engage them in various sexual acts and take their money in the process.

"Defendant Meisels, like many other sexual predators, preyed on the vulnerable. He did this by developing mentor-mentee relationships with girls and exploiting these relationships to lure the girls into late night coffee meetings and other private settings and then sexually assaulted them.

"Once the sexual assaults were complete, upon information and belief, Defendant Meisels would intimidate his victims by telling them that no one would believe that a rabbi and author with his reputation would have done such a thing.

"Moreover, upon information and belief, Defendant Meisels would threaten his victims that if they shared their story with anyone, he would draw on his vast contacts within the Shidduch system to ruin their reputations and ensure that no viable candidate would want to take their hand in marriage."

The filing also describes how the scheme and assaults were exposed by the Chicago Beit Din, following which the Israeli Beit Din (Rabbi Zvi Gartner is named; there are also "unnamed co-conspirators", which I understand to mean Rabbi Shafran and Rabbi Malinowitz) concocted a sham "sale" of the seminaries to Yakov Yarmish, hastily and irresponsibly declared the seminaries checked & safe for students, and tried to place a ban upon other seminaries accepting the trapped students.

Distressed parents of enrolled girls requested their deposits back and were given the run-around, apparently by design & conspiracy, by Yarmish and Rabbi Gartner.

Seven different charges are laid out against the defendants:

* CIVIL RACKETEERING INFLUENCED AND CORRUPT ORGANIZATIONS (“RICO”) ACT
* COMMON LAW FRAUD
* BREACH OF CONTRACT
* INTENTIONAL INFLICTION OF EMOTIONAL DISTRESS
* CONVERSION (a fancy way of saying stealing)
* CIVIL CONSPIRACY
* RESPONDEAT SUPERIOR (this is a term which covers an employer being responsible for acts of the employee, as the employers agent).

The suit asks for class-suit status (ie representative of many or all the other girls and parents), a jury trial and financial damages.

This class suit is the beginning of the closing chapter on the Israeli Beit Din's (IBD) systematic endeavours to hush the allegations up; quietly move Meisels out of public view through a "sale" of the assets; and to continue the seminaries, business as usual. All this while the IBD systematically bullied and intimidated parents, students, bloggers(!), lawyers, competing seminaries, Rabbi Aaron Feldman and the whole Chicago Beit Din, through the IBD's dogmatic and increasingly shrill quasi-halachik declarations and denunciations.

The wheels of the justice system are starting to turn, as the parents are mobilising to protect their daughters and their money, from allegedly unscrupulous and corrupt hands.