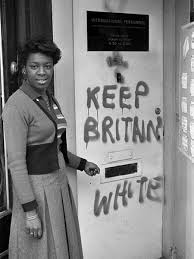 The debate continues, with each new report of "Price Tag" (Tag Machir) activities, whether these crimes should be defined as "terror"?

I don't believe a single respectable politician, writer, leader in Israel, has ever publicly supported "Tag Machir". Indeed, there is across-the-board consensus that the acts of vandalism, hooliganism, racism, are abhorrent in any civilised society, and certainly in Israel.

There has recently been a high-level push, including ministers in the current government, to re-define Tag Machir as "terrorism".

Such an appellation would grant the authorities draconian powers in monitoring, apprehending, interrogating, trying and imprisoning suspects, who are typically teenagers, armed with nothing more offensive than a marker pen; as well as to outlaw any second-circle of supporters (finance, logistical, political support, etc).

To me, and to the majority of the government (which has so far resisted moves to use of the term "terrorism" to describe "Tag Machir"), legally equating such acts of violence against property as "terror" is outrageous.

Who more than Israel understands the meaning of Terror?

Terror is taking and murdering hostages and hijacking airplanes.

Terror is assassinations and lynches.

Literally thousands of Israelis have been murdered in acts of terror.

Anyone who equates vandalism with terrorism is out of touch with their common sense and with their moral compass.

Furthermore, Israelis who use this mistaken terminology are feeding the fires of real terrorists.

Even the USA has focused part of their latest US State Department Anti-Terror Report on the phenomenon of Price Tag vandalism. "Attacks by extremist Israeli settlers against Palestinian residents, property, and places of worship in the West Bank continued and were largely unprosecuted according to UN and NGO sources," the report claims.

It is an unfortunate facet of Jewish history that we are often our own worst enemies.

In the case of Tag Machir "Price Tag" attacks - the vandals and thugs who resort to such crimes, give us all a bad name.

And those politicians and commentators who are overly zealous in their enthusiasm to condemn these acts, losing touch with the true nature of the crimes, are giving a damaging new lexicon to our real enemies and erstwhile friends.