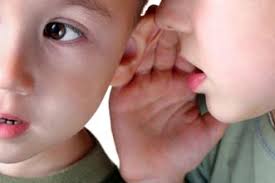 It sounded just a bit too quiet when her 12 year old son and his friend were supposed to be playing in his bedroom so Mom decided to check in and see what was going on. “What I saw” she told me “practically gave me a heart attack.” Mom walked in on the two boys undressed and physically pleasuring one another, she said “in a way that I never thought they could possibly know at this age.” I asked her how she handled it. “I sent the other boy home and sat my son down for a conversation. I did my best to stay calm and I asked him how long this type of behavior has been going on. He seemed very honest when he said since he was 10. I am still shocked by that answer. So I asked him when it started and who taught him these things.”

This particular Mother’s answer is not that significant. What is essential is that I have heard the same story from numerous parents and from the many children and adult sexual abuse victims I have counseled. The response is that they learned it from a relative, a neighbor, a teacher, or a coach, the abuse is always first learned from someone they know. But this fact too is not as critical as the following point.

A vast majority of the parents I have dealt with refuse to believe their children, at least initially. Even a mother who is told that her husband is abusing one of their children has often refused to hear the child’s testimony. Many of the parents are too shocked by their child’s revelation about the causes of their child’s behavior changes and sexual acting out and just who the abuser actually is. Those parents who are willing to accept the facts are simply unwilling to report to the authorities. They do not want their children to become involved in court cases and subject to vilification from community members who, perhaps unwillingly and unknowingly, support abusers. The result is that abusers are free to keep finding, grooming and abusing their prey.

When a case is brought to the attention of the authorities most cannot be brought forward to court due to a lack of testimony. The saddest part of this scenario is that many people believe that it is a sign of someone’s innocence. I have listened to too many parents say, and unfortunately believe, that the charges were the creation of a child’s imagination totally discounting the pain that a child is in at the point that they actually report abuse. When a case is brought to court and cannot lead to a conviction on the charges because of community intimidation or defense attorney harassment there are still many who are convinced that the abuser was himself victimized by a falsehood. When an abuser is given the opportunity to take a plea for a lesser charge still more intelligent adults see that as a sign that an abuser was railroaded and not that it was the only way the case could be moved forward without testimony from victims.

This is all not simply sad – it is amazingly common. I have just finished reading The Witch Hunt Narrative: Politics, Psychology, and the Sexual Abuse of Children by Ross E. Cheit. This is a long and at times arduous text to read but it was one of the most gratifying works on the topic I have ever had the pleasure of indulging in. So much so that I actually contacted the author to thank him for his scholarship and bravery, not something I usually do. The books’ focus is on several cases of childhood sexual abuse in the U.S. that were poorly prosecuted and ultimately dismissed leading many to believe that children are “suggestible.” Professor Cheit’s research of the many sources indicates quite the opposite. There was and continues to be a trend of minimizing or even denying reports of sexual abuse and approaching sexual predators with a leniency not observed in other crimes.

Children are often so victimized by abuse, in particular sexual abuse that they cannot tell anyone about it. I have always told parents that at the point a child finally comes forward and overcomes the fear of reporting what has been done to them it is a statement of truth. It should never be minimized or discarded. Victims can heal only if their feelings are validated.