Instead of Yom Kippur on an "Outpost', He Spent It In Jail 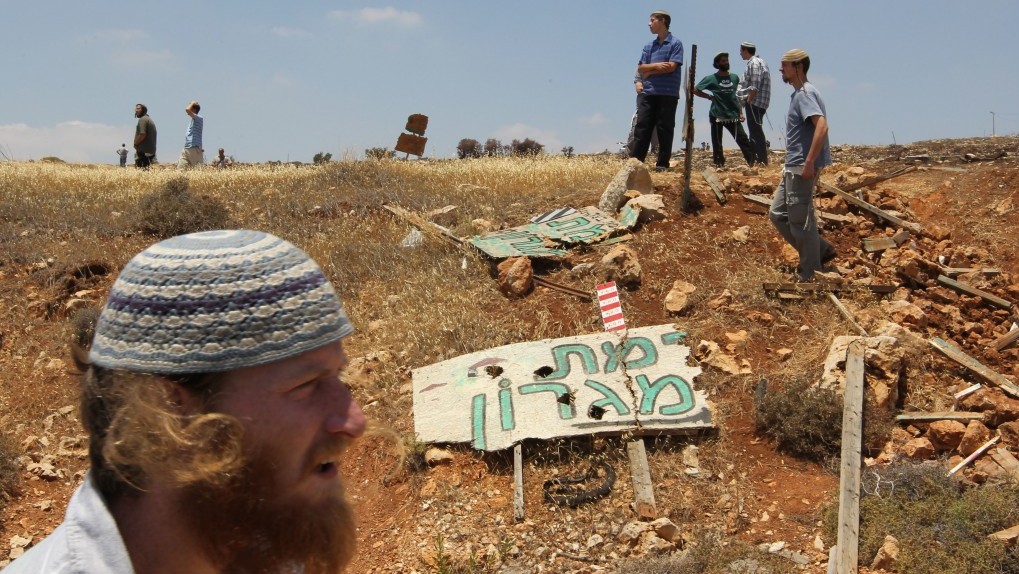 A young relative of mine was due to spend Yom Kippur with his friends on Ramat Migron.

Ramat Migron is a "ma'achaz" - loosely translated as an "outpost" or "illegal/not approved Jewish settlement".

Actually, boasting just a couple of sukkah-like shelters, Ramat Migron is probably safer called a "Jewish presence", rather than a settlement, in what would otherwise be either a barren hillside, or a Palestinian "presence", settlement, whatever.

Ramat Migron was initially established as a protest encampment against the proposed demolition of the village of Migron - a more substantial maachaz. The protest was ultimately unsuccessful, and Migron was both demolished and relocated in 2012.

So, my relative went to Ramat Migron to help make up a minyan for Yom Kippur.

At around 4pm, border policemen came to the encampmet and told the boys to get into the van and they were driven to a nearby village of Givat Asaf (near Beit El).

Undeterred, the lads headed back to Ramat Migron.

Shortly before Yom Kippur began, another police van arrived at Ramat Migron to round up the boys, this time formally under arrest, for being in a "closed military zone" and they were taken to the Shaar Binyamin Area Police Station.

The term 'closed military zone' is a legitimate designation for many tracts of land throughout the State of Israel which are forbidden to the public, such as due to the sensitive strategic nature of the site (such as the Dimona Nuclear Center, a national border, etc) or for reasons of public safety (army firing ranges etc).

Simply being in the wrong place, a closed military zone, is itself a crime in Israel.

In the case of maachazim, the security term "closed military zone" is political, rather than defence/safety.

It's a convenient way for the Government to restrict Jews from protesting or living in certain locations.

And so, in jail, when they said in Kol Nidrei
"אנו מתירין להתפלל עם העבריינין"
it had a rather sharp ressonance for the lads this year.

The boys were finally released from jail at around 11pm on the night of Yom Kippur.

As getting anywhere else was impractical, the boys set up an ad hoc camp by the police station, and davened, apparently with great gusto and kavanah.

Unfortunately, they had no sefer torah, as the guy bringing that to Ramat Migron was way-laid somewhere en route.

Regardless, I understand their tefillot were so inspiring that a couple of policemen came out to join them.

The incident was widely reported in the Israeli Press, such as:
http://www.israelnationalnews.com/News/News.aspx/171898#.UjcK9tK-2So
http://www.theyeshivaworld.com/news/General+News/185818/Arrests-in-Ramat-Migron-on-Yom-Kippur.html

and Honenu, the legal aid organization, has protested the Yom Kippur arrests. Further, MK Moty Yogev has protested to the Minister for Internal Security, Yitzhak Aharonowitz.