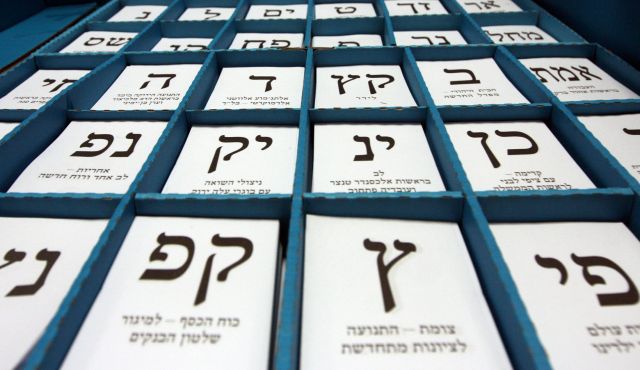 As my Jewish identity and then Israeli persona developed, I was attracted to the Dati Leumi camp as being a good fit for my faith (orthodox) and world-view (modern).

When I first came to Israel, I was politically inclined to the left.

It was the heady days of Oslo and I was enticed, together with throngs of Israelis, by the dizzying promise of peace in our time, no more war, etc.

When the three shots rang out, and Yitzhak Rabin was rushed to hospital, and before we knew he was dead, I immediately arranged for a group to meet in shul to say tehilim for our fallen leader. (Not everyone I called said "Yes").

I voted for Shimon Peres (=Peace) and Shas (=care for the needy).

As the mangled bodies, victims of the second intifada, mounted up, I grasped that the dream of peace, at least in the near term, had become a dangerous mass-delusion. With each time that terror victims were described by our leadership as "paying the price for peace" I became more sickened.

Come Sharon's outrageous "Disengagement" withdrawal plan from Gush Katif, I proudly & passionately waved my organge flags, sported orange tee-shirts, attended every demo, and encouraged my friends and contacts to join the struggle against the abandonment of Jewish Gush Katif.

My oldest kids were teenagers, and they were driven by a clear and youthful black-and-white ideology that labelled Sharon's plan as Evil and anyone who gave even tacit support were Enablers and Traitors.

I realized that maturity brings an understanding of greys, dilemmas, conundrums, a sophisticated world where every point of view can be helpful and relevant. 70 faces of everything.

I learned from my kids that sometimes, this maturity can blind one to the existence of real Black, and real White. There is emet and sheker, pure truth and absolute lies. Right and Wrong.

I watched the Mafdal split and capitulate in the midst of the struggle, some even remaining in the Sharon Government throughout the Disengagement disaster.

In the years since, I have stayed with Mafdal, now Bayit Hayehudi as my most natural "camp".

However, I have watched my kids grow and mature, passionate advocates for the 'extreme right'. They put their souls and bodies into building (and re-building) shanty villages on desolate hilltops in the heart of Biblical Eretz Yisrael. They still (often) paint the world in blacks and whites.

They are with Michael Ben Ari, Baruch Marzel, Arieh Eldad - and are now chasing around the country handing out Otzma LeYisrael fliers, pasting up posters, hanging banners, organizing the chevre/gang of friends.

And then I watched him unravel, u-turn, and deny.

While picking up more electoral support each day! How exciting and enticing - Bayit Hayhdi projected to win an unprecedented 15 seats!

But I have a doubt.

In the heat of political conflict, over Gush Katif, the Mafdal buckled.

In similar circumstances, would the Bayit Hayhudi be any more faithful to its own principles?

If Bennet u-turned over a politically inexpedient piece of personal honesty (that he would refuse orders rather than evacuate settlements) - what will he do when the political heat is really turned up??

I am therefore wavering....

I am considering giving my vote to my kids, as it were.

Putting an Otzma LeYisrael vote in the ballot box.

Am I making sense, or losing my senses??