Treacherous Trickery, or Business As Usual? 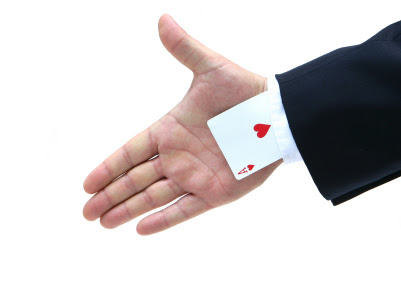 We all went to sleep Monday night expecting elections in September, and awoke Tuesday morning to find a new coalition agreement, and the general election shelved until their scheduled time in 18 months time.

The surprise coalition agreement between Prime Minister Benjamin Netanyahu and the newly installed opposition leader and Kadima Party leader, Shaul Mofaz, has got the whole country a-jabber.
(What’s left of) The Opposition, shrieked “foul play!”, waved their proverbial red cards, and denounced the coalition agreement as a “dirty maneuver”.

The reasons stated for the declarations of outrage were:

1. Shaul Mofaz had just campaigned for the Kadima Party leadership by stating his hostility to all things Bibi. He had promised Kadima’s rank & file that, if elected to the Kadima leadership, he would work tirelessly to overthrow Netanyahu. And here he was, days later, joining the (apparently despised) Government.

2. Recordings were aired repeatedly of Mofaz calling Netanyahu a “liar” – the implication being that Mofaz has a personal animosity to Netanyahu – and so their alliance smacks of pure opportunism.

3. The need for a strong opposition. With 94 seats now facing off against 26 opposition MK’s, the ship looks distinctly off-balance. Critics of the new coalition claim this jeopardises the whole democratic system. Yair Lapid went so far as to like the new line-up as being like the government of the brutal Romanian dictator Nicolae Ceaușescu,

4. Smaller groupings, such as the Hareidim and Nationalists, expressed concerns that their voices will be drowned out in the new XXL Government.

As far as I can see, there is nothing ‘dirty’ about the coalition agreement, at least from the Government’s perspective.

You will recall that the 2009 elections resulted in Kadima being the biggest party, but their leader Tzipy Livni failed to then assemble a majority coalition. President Shimon Peres therefore chose Netanyahu to lead the Government. Netanyahu publicly offered Tzippy Livni’s Kadima to join his coalition, but she rejected this.

has a long history of collapsing Governments – indeed since 1988 not a single Israeli government has survived to see a full four-year term in office.

The average lifetime of an Israeli Government is just two years.

Therefore, there is a high premium on building a large coalition, to ensure stability.

Aside from the National Unity Governments (last one was in 1984) I reckon today’s coalition of 94 seats is the largest in ’s history.

The move was definitely legitimate – as well as highly pragmatic - for Netanyahu, who can now deliver almost any policy – to the left or to the right – without losing his leadership.

And the price he paid – having Shaul Mofaz as Minister without portfolio, and the status-only symbolic position of  Deputy Prime Minister – was bargain basement cheap.

Yes – it was sneaky to covertly form the alliance between Kadima and the Government, whilst overtly preparing the country for an early general election.

But, in the Israeli political dictionary, “sneaky”, is as close as one’s likely to get to a complement.