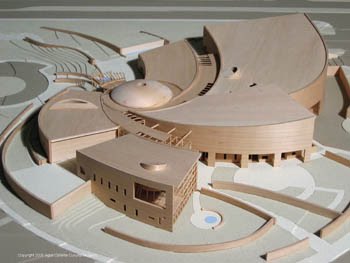 1)CONSTRUCTION ON CULTURE HALL TO FINALLY BEGIN?
Years have gone by with no progress on the construction of the new Culture Hall in Migdal Hamayim.  Recent controversy surrounding groups that want to check for bones on the site has caused the most recent delays.  Pressure has been mounting on Mayor Abutbol regarding this issue, leading him to issue a promise that construction will begin by no later than this coming Thursday.  Construction is expected to take between 1 1/2 and 2 years.

2)PARENTS OVERCHARGED FOR GANIM
It has been revealed that parents may have been charged as much as 80 NIS more than they should have for ganim for the upcoming school year.  Richard Peres, the city councilman who holds the education portfolio, explained that it will be difficult to determine which parents are owed the money and the city should use the money to improve the physical structures of the local ganim.  Pers claimed that over the last ten years, the city has collected more than 1 millon NIS from parents.  Yossi Cohen, director of the local parent leaderships organization, is demanding that the city return the money to the parents, themselves.

3)HIGHWAY 10 EXTENSION OPENS
Leaving Bet Shemesh towards Jerusalem-Tel Aviv has become a bit easier.  The extension to Highway 10 (the back road) is now open and circumvents the traffic lights on 38 near Yishi and BIG.  The road is not yet open for entry into Bet Shemesh.

4)UPDATE REGARDING NEW NEIGHBORHOODS
The appeal regarding RBS Gimmel 2 is still being considered by the national planning committee.  A response is expected within the next few days.  If the appeal is rejected, residents will consider going to court.  The process has been delayed for more than a year which is very significant since residents of the general population hope to halt the entire process if they win the elections in October 2013.  The Mem-3 project right across Yarkon is moving forward.   This project will consist of 350 5-6 room units of 180 to 230 meters.  These are going to be expensive units and the marketing process will begin shortly.
5)DEMONSTRATION ON BEHALF OF YOUTH GROUPS THIS COMING THURSDAY
City residents are rallying outside City Hall this coming Thursday May 24 at 5:00p.m. to protest the city not transfering the money it promised to our local youth groups - Ariel, Beitar, Bnei akiva, Hanoar ha'oveid v'halomeid, Yachad, Ezra, Tzedek, and Tzofim.  It is remarkable to see the youth from these different groups and backgrounds working together to demand fairness from our city government.  Please make every effort to attend the protest.