When Does Accommodation become Capitulation? 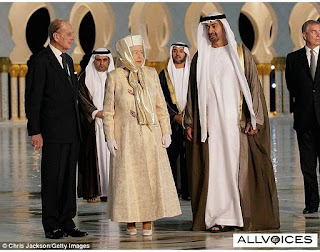 The latest episode in the saga of spin-off stories emanating from the Beit Shemesh Orot Banot 'spitting' video, is the Machon Puah fracas.

Machon Puah is a fertility research center and clinic, established by the National Religious community.

Over a decade ago, Machon Puah decided to reach out to their ultra-orthodox (Chareidi) colleagues via a conference - “Innovations in Gynecology, Obstetrics and Jewish Law”.

At the time, the managers of Machon Puah asked Rav Mordechai Eliyahu whether they should have a men-only line-up of speakers at such an event, and the Rav said they should only have male speakers, I understand in order to encourage attendance from their target audience.

The press outcry this year to this 'discriminatory' policy, banning women from talking (bedavka!) at a fertility conference, was initiated by Rachel Adatto a Kadima Member of Knesset and an obstetrician.

In their response, Machon Puah pooh-poohed the press criticism, and announced the show would go on – and indeed it did this past week, with an estimated 1000 attendees.

I have seen comparable 'discriminatory' behaviour patterns at institutions throughout Beit Shemesh.

Events which are not specifically 'religious', but where seating is separated out by gender.

Professional events where women are excluded from speaking, solely due to their gender.

Newspapers and magazines which do not ever publish a picture of any woman.

Community organizations which exclude women from all managerial or directorship positions.

And of course we have the now-famous Beit Shemesh women-in-the-back buslines and women-on-the-other-side-of-the-street pavements.

I am not aware of any 'mainstream' rabbi who argues that these issues are addressing halachik issurim (religiously forbidden activities). In religious terms, these are considerations of chumras, minhagim, and 'mehudar' branding.

They are therefore principally issues of Chareidi culture and lifestyle choices.

I believe the crux of all these issues is the question as to what differentiates Accommodation of various cultural mores, as against Capitulation by a dominant culture, to the behavioural demands of a sub-culture.

When on a State visit to , the Queen of England covered her hair (see picture), in order not to offend her hosts. I think this is entirely reasonable and unremarkable.

However, if the Queen of England was required to wear a Muslim headscarf every time she appears in public in Britain, so as not to offend the sensibilities of the British Muslim minority – the British public would go bananas.  The Sun (popular newspaper) would demand that the Queen revert to exposing her hair, and shout out "Stuff You!" to the Muslim minority.

By covering her hair in public in , the Queen would be seen as capitulating to the unreasonable demands of a minority of her subjects.
Meanwhile, back in , I believe there is consensus that a synagogue is entitled to have separate gender seating arrangements, and so for example can a wedding banquet (although individual guests may be miffed).

And that a woman in a tank-top would be unwise, and culturally insensitive, to walk around Meah Shearim. She would be well advised, like the Queen visiting , to cover-up. (I am not saying the tank-topper is "answerable for the consequences" – the locals would not be entitled to harass the lady in any way).

Did Machon Puah do the right thing by banning women from speaking at a medical conference aimed at Charedi rabbis and professionals, as this was simply pragmatic and sensitive to the needs of that 'market'?

Or did Machon Puah, and do all the others, who adapt their own behaviour to meet Chareidi cultural mores, sell out their principals and thereby capitulate to the unreasonable demands of a minority?

Where are the red lines?