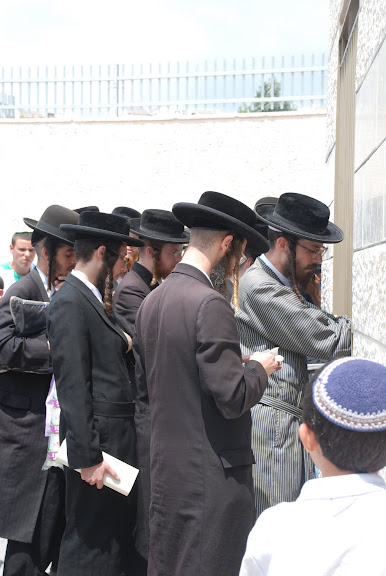 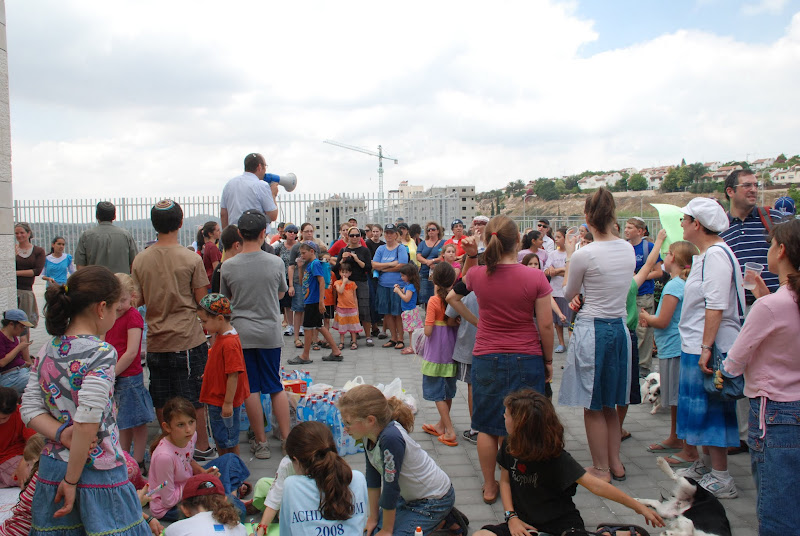 
Over a thousand Bet Shemesh residents are reported to have demonstrated outside the building slated for "Orot Banot" National Religious girls' school last night.

The dispute is over the use of the new school building, located in Ramat Neriya, Bet Shemesh, which was built by the Orot Banot's parent organization, Shaalei Torah.

The problems surfaced with objections and threats by other local residents, "Kanoim" (loosely translated as extremists, militants, fundamentalists, whatever...), who live in neighboring buildings designated for Chareidim.

The Bet Shemesh Municipality, under the Shas Party Mayor, Moshe Abutbol, has withdrawn its support for the Orot Banot school, and ordered the school out, apparently in response to the threats of violence against persons and property, and disruption, by these Kanoim.

Meanwhile, the Ministry of Education has publicly sided with Orot Banot, confirming the school's version of events - that the land and building were indeed duly designated to Orot Banot, and that this designation has been summarily and unjustly withdrawn.

The dispute follows similar "turf wars" which have plagued Bet Shemesh for at least the past decade (that I have lived here).

My eldest daughter (now married with a child!) spent her first year at a National Religious primary school in Ramat Bet Shemesh, braving kanoim demonstrators, who gathered every day outside her school. The protesters blew shofarot, shouted slogans, waved banners - and the little girls were terrified. Heh, I found these folks pretty unnerving also...

Eventually, the protesters gave up, or found something else to make a fuss about, and, a few years later, the National Religious school moved up the hill to a larger premises.

Other high profile turf disputes have since included the National Religious schools on Nahal Arugot, the mikva on Nahal Dolev, and now Orot Banot.

Along with regular shabbos protests, segregated buses violence, anti-State demonstrations, anti-autopsy protests, etc..involving stone throwing, trash burning, and even physical violence against non-Kanoim, the image of Bet Shemesh has plummeted, both in Israel and in Jewish communities around the world.

I know this from a Lema'an Achai perspective: when attempting to raise funds abroad, one of the main obstacles is to first address donors concerns (usually "anger")  about the Kanoim in Bet Shemesh.

The Israeli national media are already putting the spotlight on to this latest dispute, appearing on the Hebrew language radio (I heard it reported on Reshet Bet news headlines last night) and news-sites (YNet, Arutz 7, etc).

In English, there is a report this morning on the Jerusalem Post site

And, taking a leaf out of the Arab Spring, a "We Are All Orot Banot" Facebook Group has been formed, with around 430 followers so far (when I checked this morning).

Not to be outdone, the Muncipality is using its own facebook page to wage its side of the propaganda war, now raging alongside the protests.

I fully support and encourage everyone to use their influence, time, resources, and protest skills, to make sure that Orot Banot opens, as scheduled, on 1st September, in its new purpose built premises at Ramat Neriya, Bet Shemesh.

If the Kanoim win this dispute, we all lose.
Bet Shemesh orot banot