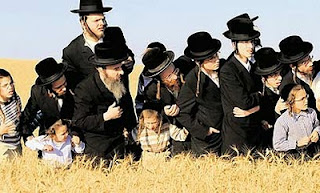 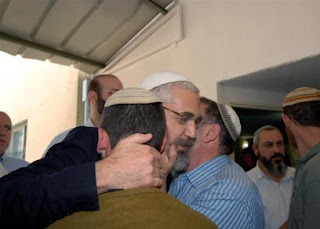 The case of Rabbi Motti Elon, the charismatic National Religious rabbi, has now been investigated by the police in , who are apparently recommending prosecuting Rabbi Elon for child abuse and other sex crimes.
Meantime, shocking details are emerging from the ultra-orthodox community of Komemiyut , located near Kiryat Gat, regarding a decades long cover-up of a child molester in the community, Shimshon Walzer  – who is reported to have attacked dozens of children. The alleged perpetrator is now in the , and is unlikely to return to face his investigators.
Of the 40 cases in which there is suspicion of abuse by Walzer, the police have reportedly collected complaints and testimony from 16 purported victims, who were aged between 7 and 16 when the acts were committed. Two complained against an additional suspect (who was a minor during the time of most of the alleged offenses). Many of the witnesses, now married and living outside the moshav, were not willing to make official complaints, for fear they would be exposed. The acts were apparently frequent, and committed in abandoned barns and chicken coops, or surrounding fields.
It is interesting to compare these two cases – Rav Motti Elon, and Shimshon Walzer.
In both instances, their communities endeavored to handle the problem internally.
With Rav Motti Elon, Takana, a forum of leading National Religious rabbis, tried to control Rav Elon’s access to victims, for a period of four years between discovery until they finally threw their hands up in despair at Rav Elon’s non-compliance, and broke the news in February this year about Rav Elon’s alleged affairs with his male (over 18 yo) students.
It now seems that there were other victims which Takana was unaware of, which the police have  investigated, including minors.
In Komemiyut, Shimon Walzer was apparently dismissed from his teaching job 18 years ago, as a measure taken by the community to address his alleged pedophilic behaviour. He was subsequently employed as a fundraiser by the community - a profession which, compared with teaching, inevitably resulted in Walzer having less day-to-day access to children.
However, with victims reportedly “in every family in Komemiyut” – the community’s efforts to handle the problem internally, appears to have been disastrously unsuccessful.
The incentive for close communities, whether National Religious or Ultra-Orthodox, to contain scandal by trying to control the behaviour of alleged pedophiles, without recourse to the police, social services and mental health professionals, is a hazardous policy – which indeed, in both cases, seems to have back-fired with terrible costs to the safety of children (and, in Elon’s case, over 18 year old youths).
Dealing with alleged sex criminals in our communities is not a problem for which there is a Holy Grail solution.
Even the police, prison services, psychiatric and psychological professionals, the works…regularly fail to curb pedophilic behaviour.
[Incidentally, these resources are not much more successful with (non-sexual) violent criminals and thieves, drug dealers or fraudsters. Repeat offenders (recidivism) is not solely a problem of dealing with pedophiles. People don't get better in prison.]
What is clear, is that communities do have resources which the authorities (police, social services, etc) lack; and it is surely obvious that communities working in isolation from the big-guns provided by the State, are hopelessly lacking in ability to “deal with” such major crimes internally.
An improvement upon both approaches would be a community based organization, such as the recently established organization “Magen” in Bet Shemesh, working in full cooperation with the State authorities, in compliance with the Law, and solely focused on strengthening the safety of the community’s children.
child sex abuse Komemiyut Magen rabbi motti elon