Incident between Turk and Israeli 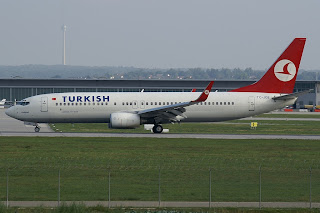 As I checked into a local flight within Turkey today, the man at the Turkish Air check-in counter saw my Israeli passport and said:

"I am half Iranian, and half Turkish.

"And I hate Ahmadinejad. He is crazy and dangerous. Everyone in Iran is waiting for Israel to bomb him.

As for Erdogan, he is also crazy and I hate him also.

I hate the Iranian Government, and the Turkish Government. They support Hamas, and Hizbollah - terrorists.

Erodogan will lose the next election, because he has gone too far, and the people of Turkey are not with him. They don't like it.

Ahmadinejad is planning an earthquake in Tehran, because he knows that Israel will not be able to bomb the him afterwards. I have this from reliable sources."

He picked up my passport and continued...

"Well done to you for using your Israeli passport here. I have given you the best seat on the aircraft."

And he had indeed!