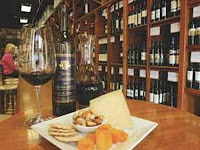 "How's business?" I asked a shop-keeper friend of mine.

My friend explained that his store has been impacted by a host of individuals who have set up competing businesses.

"A guy came into the shop recently," he explained,"and asked me who supplies us with a particular product? I gladly gave him the contact information.

"Lo and behold, I hear that this guy has got together a group of my customers, and they are now buying this product together, and missing out me, the retailer."

These businesses are run out of private homes; they generally do not have business permits, nor pay taxes, nor require staff, auditors, lawyers... zero overheads.

"It's just not fair," my friend continued. "We have even had to lay staff off – that's local people, with families to support."

So, are these individuals unfairly competing with the retailers, or are they budding entrepreneurs – tomorrow's Marks & Spencers?


The idea of fair vs unfair competition is not new. Hasagas Gvul is the concept of protected traders.

Indeed back in the days of the mishna (around 2000 years ago) an example of a trade dispute is given:

Rabbi Yehudah said: A shopkeeper may not distribute corn or nuts to the children, as this accustoms them to come [only] to the shop. The Sages permitted this.

The Gemorah explains (Baba Metzia 60a): What is the Sage's reason? — Because he [this shopkeeper] can say to him [another shopkeeper], 'I distribute nuts; you distribute plums.

The principle seems to be, as long as business are operating on a level playing field (the competitor distributes nuts, so you could go ahead and distribute plums, say) then they are permitted to compete, and even to hand out freebies to unsuspecting consumers.

On the other hand, the Teshuvot Ma'amar Mordechai (sec.11)* ruled that wine merchants who came from outside of that particular town, were forbidden to sell their wares in the town's market place. This was because local wine merchants were required to pay taxes to the local authorities, whereas outside merchants did not have that tax burden.

In that case, the market place was not a level playing field. The local wine merchants had higher overheads (taxes) than the out-of-towners, and so this constituted unfair competition.

Obviously, a competent rav or Bet Din should be consulted in such cases, but IMVHO the argument would seem reasonable, that my friend's store is being unfairly damaged by these individuals who compete against him from their unlicensed, untaxed, informal locations. This is aside from the possibility that they may have committed ganeivat daat (fraudulent practice) by asking the storekeeper for commercially confidential information (about his suppliers), without warning him that they planned to use this information to compete against him.