When is food "Kosher"? 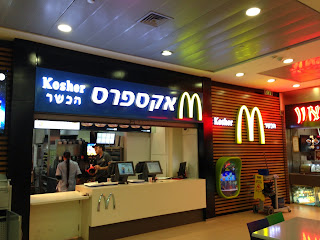 The Attorney General, Yehudah Weinstein, has ruled that the word "kosher" can be used for describing food products, even when there is no kosher certification by the Chief Rabbinate.

Until now, the Rabbinate has been the gold-standard, whose approval is required by law for food in Israel to be described as "kosher".

Boutique kashrut supervision providers, such as the Bedatzim, are in addition to the Rabbinate certification required by law.

This is a victory for the petitioners, a group of Jerusalem restaurants, who claim to serve kosher food, but do not have Rabbinate certification. They can now advertise their restaurants as Kosher, without infringing the law and without having Rabbinate supervision.

Rabbi David Lau, Israel's Chief Rabbi, on the other hand, sharply criticised the ruling: “The attorney general’s decision is wrong and will lead to kashrus fraud for kosher consumers around the country”.

Rabbi Lau pointed out that because anyone can call themselves a "rabbi" in Israel, then once the term "kosher" is deregulated, literally anyone can issue kashrut certificates. This can result in a systematic misleading of the consumer, who are ill-equipped to judge whether a "kosher" claim by a restaurant or manufacturer, much less a fancy-looking kosher certification on the wall, really means they can rely on their food being indeed kosher.

Rabbi Lau likened the role of the Rabbinate in Israel to other Government supervisory bodies, such as Environmental Inspectors, Health Inspectors, Vehicle Testers, Engineering Inspectors etc, etc. who enforce agreed Government Standards of products and service.

The issue will now probably pass over to the new Government.

With both Bayit Yehudi and Shas in the Government, Rabbi Lau and his colleagues at the Rabbinate should find sympathetic support in the Knesset.