Rabbi Lamm's Resignation - Honourable, or Too Little, Too Late? 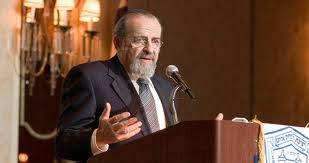 Rabbi Lamm's rather long (6 pages) resignation letter, in which he "acknowledge[s] that [medical?] conditions have caused me to rely on help from my family in writing this letter"
also addresses the minefield of Rabbi Lamm's (mis-) handling of allegations of child abuse.


And it is to this I turn as I contemplate my response to allegations of abuse in the Yeshiva community. At the time that inappropriate actions by individuals at Yeshiva were brought to my attention, I acted in a way that I thought was correct, but which now seems ill conceived. I understand better today than I did then that sometimes, when you think you are doing good, your actions do not measure up. You think you are helping, but you are not. You submit to momentary compassion in according individuals the benefit of the doubt by not fully recognizing what is before you, and in the process you lose the Promised Land. I recognize now that when we make decisions we risk, however inadvertently, the tragedy of receiving that calamitous report: tarof toraf Yosef, “Joseph is devoured,” all our work is in vain, all we have put into our children has the risk of being undone because of a few well intentioned, but incorrect moves. And when that happens—one must do teshuvah. So, I too must do teshuvah.
True character requires of me the courage to admit that, despite my best intentions then, I now recognize that I was wrong. I am not perfect; none of us is perfect. Each of us has failed, in one way or another, in greater or lesser measure, to live by the highest standards and ideals of our tradition — ethically, morally, halakhically. We must never be so committed to justifying our past that we thereby threaten to destroy our future. It is not an easy task. On the contrary, it is one of the greatest trials of all, for it means sacrificing our very egos, our reputations, even our identities. But we can and must do it. I must do it, and having done so, contribute to the creation of a future that is safer for innocents, and more ethically and halakhically correct.

Biblical Judah was big enough to admit that he was small. He confesses a mistake. He can experience guilt and confront it creatively. After the incident with Tamar, he does not offer any tortured rationalizations to vindicate himself. He says simply and forthrightly: tzadkah mimmeni (Gen. 38:26), she was right and I was wrong. And with that statement Judah is transformed into a self-critical man of moral courage. He concedes guilt. He knows that he is guilty with regard to Joseph, and together with his brothers he says aval ashemim anachnu, “indeed, we are guilty.” Pushed to the limits of the endurance of his conscience, he rises to a new stature and achieves a moral greatness that is irrefrangible and pellucid.

This is what I am modeh as I reflect on my tenure. Tzadkah mimmeni. I hope that those who came forth and others who put their trust in me will feel that faith vindicated and justified. Modeh ani.

(You can read the full text of the letter here: http://www.jta.org/2013/07/01/news-opinion/norman-lamms-resignation-letter-from-yeshiva-university#ixzz2YN1GlFHZ

On the one hand - I admire Rabbi Lamm for admitting he erred, and in resigning. This is the honorable thing to do. For an 85 year old with a towering career in Jewish education and institution building, this is a very humiliating way to retire. There are many other rabbonim and community leaders who zig-zag and evade responsibility for mishandling child abuse allegations - they would do well to follow Rabbi Lamm's example.

On the other hand...

1. Rabbi Lamm couches his apology in analogies to the biblical Judah. In effect, declaring his admission of error to be itself heroic. "Moral greatness".

With all respect to Rabbi Lamm - the commentary could be left to others.

2. Rabbi Lamm admits (modeh) to doing the wrong thing (but only in retrospect) while claiming to have had the best of intentions at the time, such as "compassion" (presumably for the alleged perpetrators).

Rabbi Lamm does not apologise to the boys, who are now men, whose lives were devastated by the abuse from his staff.

A direct apology from Rabbi Lamm to those who paid the heavy price for his mishandling, and a sincere request for their forgiveness, would help fix the wrong he did and bring some measure of healing/solace to the victims.

3. Rabbi Lamm doesn't actually clearly spell out what he did wrong.

As far as I'm aware, the main "ill-conceived" mishandling was that Rabbi Lamm (eventually) sacked Rabbi Finkelstein, after Rabbi Lamm's studious inaction during many years of receiving consistent complaints, and Rabbi Lamm then enabled Rabbi Finkelstein to take up a position as dean at the Hillel Community Day School in North Miami Beach, Fl., with free access to hundreds of children.

I appreciate the argument that has been used in Rabbi Lamm's defence that "things were different" in the 1970 and 1980's, when most of the alleged abuses apparently took place, than they are in 2013.

However, in the field of child abuse, the main progress in the intervening decades has been in better understanding the effects of childhood trauma on the life of the child.

I was a schoolboy in a Christian all-boys Public school in England during those years, and it was pretty obvious that a teacher found to be behaving inappropriately with the pupils would be sacked and (to the extent possible) prevented from teaching elsewhere.

Common sense, whether Jewish or Gentile, hasn't changed much between 1970 to 2013.

Furthermore, it was only in 1995, after decades of complaints, that Rabbi Lamm agreed to sack Rabbi Finklestein. It's hard to argue a different value system was in vogue in 1995 than it is today.

4. There has been no transparent enquiry or investigation of the cases of Rabbis Finkelstein and Gordon - and who knows who else.

After the Lanner debacle, the OU undertook such an investigation, by objective third parties, and with a mandate to set out policies to ensure (in Rabbi Lamm's words) "the creation of a future that is safer for innocents".

Rabbi Lamm has not (to public knowledge) ensured that the YU of tomorrow, will be any safer than the YU of yesterday.

So - Rabbi Lamm has done the correct thing by resigning.

However, as Rabbi Lamm knows full well, Teshuva is a multistage process:
Vidui - Confession, full and sincere
Making Good - fixing the broken
Cessation of Sin - stopping the behaviour.
Spiritual Cleansing - to the point that one wouldn't do the same sin again.

With Rabbi Lamm's pen apparently being held by his relatives, and his self-glorifying admission, smudging on the details of his failures, his omission of a direct apology to the victims of his mistakes and his failure to appoint an investigative third-party committee - mean that Rabbi Lamm's claims to be doing genuine teshuva are weak.

It even raises the (otherwise unthinkable) possibility that Rabbi Lamm had been put up to resigning, not out of genuine regret, but in order to avoid legal or other complications for Yeshiva University.

I am not asking Rabbi Lamm to humiliate himself.

I am disappointed that such a luminary as Rabbi Lamm has fallen short (again) of the ideal.