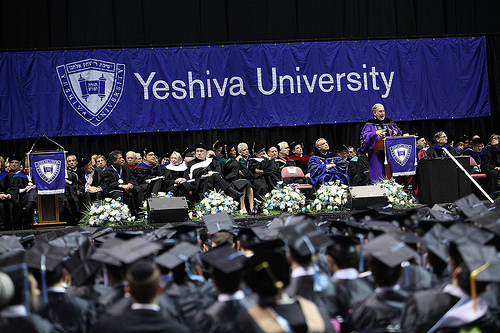 The $380m lawsuit which has been filed against Yeshiva University (YU) for covering up child abuse of 19 boys in the YU Manhattan High School should be a wake-up call to the whole Jewish community.

This lawsuit is relating to YU's enablement of the abuse - the cover up, denial, minimization of the abuses, reckless exposure of other children to repeat offenses, and YU's protection & promotion of the perpetrators  - not the abuse itself.

Child abuse cases are generally not recognised and acted upon at the time of the abuse. In many cases, the victims are only ready to come forward, share their experiences, and seek justice, decades later.

Therefore today's revelations are like a time-warp of what was going on at YU many years ago.

Indeed several YU luminaries, such as Rabbi Dratch and Rabbi Blau have, in more recent years, taken leadership roles in pushing the MO community forwards on exposing past abuses and improving awareness in the community of child safety issues.

What was true for the Catholic community and Modern Orthodox community until a decade and more ago, is unfortunately still the norm in many closed communities.

The belief that sub-culture communities are able to 'deal with child abuse allegations internally' - YU's error decades ago - and no longer tenable in MO communities - is still the standard response in many Jewish communities.

Unfortunately, this policy of child abuse enablement is rampant, including here in Beit Shemesh.

Many of the Jewish community's more conservative institutions can look at this lawsuit against YU as giving them 380 Million reasons to change their current attitudes and policies to child protection/abuse - or pay a huge price a few years downstream.