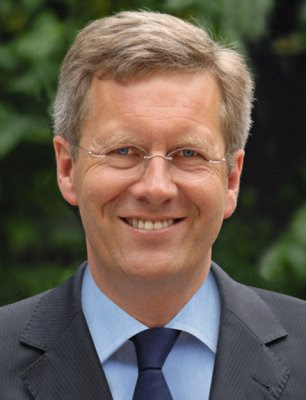 Christian Wulff, Germany's newly elected president, visited Bet Shemesh this past week as part of his official state visit to Israel. Wulff visited the Solel company which was purchased recently by the international company Seamens. The president responded to Mayor Abutbol's warm welcome by saying that he hopes the visit to Bet Shemesh will help strengthen the relationship between Israel and Germany in the hi-tech realm like solar energy. 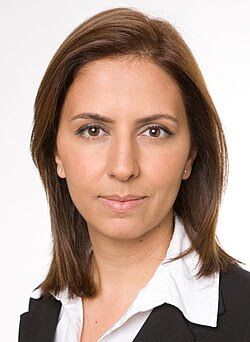 Gila Gamliel (Likud), Deputy Minister in the Prime Minister's Office responsible for youth and young adults, visited Bet Shemesh this week. The visit began in the Mayor's office where the Mayor summarized the youth activities in the city after which she met with some of the leaders of these groups. Gamliel announced that her office has allocated funds for Bet Shemesh to run more activities for youth groups and young adults in its 2011 budget.
-----------------
TWO MORE SCHOOL BURGLARIES

The string of school robberies continued this week with robberies in Bet Sefer Harel and Shalev in RBS Aleph. The security alarm sounded in Bet Sefer Harel after the burglars cut through the shutters and security personnel rushed to the scene to find that the intruders had fled. The alarm system did not work at Bet Sefer Shalev and the robbers walked off with a lot of school property, aside from the significant damage they caused inside the building.
I must mention the petition regarding this issue which we want to send to the Knesset by the end of next week. Everyone is encouraged to sign the petition at http://www.atzuma.co.il (please try to sign your names in Hebrew letters) and to ask 2 or 3 others to sign.

Israel Trains has reported a significant reduction in train use from Bet Shemesh.  Most are attributing this to the lack of parking facilities near the train station.  While countrywide, there has been a 10% increase in train travel from last year to this year, in Bet Shemesh the month of July showed a decrease of 14,000 this year compared to last, August a 28,000 decrease in passengers, and 2,000 less passengers for September.  City residents have circulated a petition calling on the Mayor to do something to allow for parking near the station, especially in the empty lot where the new BIG will eventually be built.
-------------------------
FREE DENTAL CARE FOR GAN CHILDREN

Bet Shemesh has been chosen by the Health Ministry as one of the cities in a pilot program to provide dental care to children of gan age.  The ministry will be providing tens of thousands of shekalim to provide for this service which will save parents the costs of these dental visits.  The hope is that this will actually save the parents far more than the price of these checkups since early intervention will prevent problems from developing during the elementary and high school years.
------------------------
TWO NEW FIRE STATIONS
Two new fire stations will be opening in the near future to address the need for more than the one area fire station which currently exists in Old Bet Shemesh.  In a few months, a new station will be opening in Ramat Bet Shemesh.  This station will include nine firefighters who will rotate in three shifts and they will be equipped with one fire truck.  The fire station at the Ayala junction will be reopening (it has been closed for 8 years) with 6 firefighters and one fire truck.  The number of workers and trucks in the Bet Shemesh station will also be increased.
------------------------
SHUL GABAIM SHOW UNITY

Over 250 gabaim from shuls throughout Bet Shemesh and RBS gathered together this past week for a special event which unified all the shuls in the city.  Representatives from both chareidi and dati shuls were present together with the city leadership.  Some practical issues which arose were finding ways to give shuls and mikvaot reductions in water payments as well as finding ways to provide shuls with funding for operational budgets.
Bet Shemesh