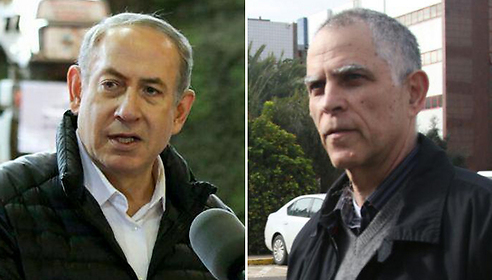 The Bibi-Noni scandal appears to have shone a spotlight upon a murky world of politics plus journalism.

A series of tapes, now in the hands of the police, reveal that Prime Minister Netanyahu held secret meetings with Arnon "Noni" Mozes, owner of Yediot Acharonot - a devotedly anti-Bibi newspaper.

Various deals were being discussed between Bibi and Noni, with a view to reducing the criticism of Netanyahu by Yediot, in return for Netanyahu taking measures to reduce Israel Hayom's circulation.

Israel Hayom is a free, Bibi aligned newspaper, founded and funded by Sheldon Adelson, which had undercut the tabloid market where Yediot had previously dominated.

The quid pro quo appears to have been that Yediot would lower the volume on anti-Bibi journalism, in return for Bibi cutting Israel Hayom's circulation.

Netanyau has so far argued that "they will find nothing, because there is nothing". Netanyahu himself made the recordings (a la Nixon?) and claims this was to protect himself from blackmail.

However, the most telling fact in Netanyahu's favour, is that Netanyahu voted against the Israel Hayom Law, and perhaps even called elections in order to defeat it.

In other words, there was no deal, because Netanyahu never delivered.

Whether the level of corruption was criminal, or whether this was actually corrupt at all (after all, wheeling & dealing is the essence of politics), is dubious so far.

On the other hand, that the newspaper tycoon Noni Mozes was apparently willing to change editorial policy in order to make financial gain, severely compromises the idea of an independent press and freedom of expression.

A pack of Israeli journalists have been quick to smell Netanyahu's blood, in spite of Netanyahu's insistence that people shouldn't party just yet on his political demise, as the case is vacuous.

However, there appears to have been no public call by journalists, of any stripe or colour, to investigate and evaluate the level of collusion between journalism, business and politics, jeopardizing the impartiality and freedom of the press.

Time, methinks, for some "cheshbon nefesh" (holding account) by the journalist community.