As we set out on a day-trip northwards during the Pesach vacation, one of my two accompanying sons suggested we visit Akko...

There were no objections, so with a couple of corrective taps on Waze, we changed course towards the ancient coastal port.

It has been around a decade since my last look around Akko, and I remembered it then as a run-down version of Jaffa, with a smattering of the Moslem Quarter of the Old City of Jerusalem.  I had distinct memories from my previous visit of feeling uncomfortable wondering in Akko's dark alleys with predominantly Arab population (it was the tail end of the Second Intifada).

We parked just outside the Old City walls and casually toured around the various sites.

Our first stop was at a folk/ethnographic museum, "Treasures in the Wall Museum", located in the ancient wall. There was a quaint exhibition of various craftsmen's workshops. Quite a lot of the exhibition material were items I recollect from my childhood, and seeing them in the museum was a little unnerving. (I heard one middle aged woman offering herself as an exhibit!). I felt the museum name was a creative misnomer, as there was no sign of any valuable "treasures" on display. We had a lunchbreak in the pleasant private garden of the museum on the wall. More info here: http://ozarot.net/page.asp?kat=302


I was little surprised when my kids asked to look around the Al-Jazzar Mosque. Neither of my accompanying sons recollected ever having been in a mosque (with the exception of dual-use sites such as Cave of the Patriarchs in Hebron, Nebe Samuel near Jerusalem, etc).


We therefore entered the courtyard of the late 18th Century Al-Jazzar Mosque, also known as the White Mosque. The mosque was built and named after the Ottoman Bosnian governor Ahmad Pasha al-Jazzar ("the Butcher").
A private guide (additional payment 20 NIS each) inside the mosque explained that Ahmed Pasha al-Jazzar earned his place in history on two accounts: his vicious cruelty to his subjects, and his successful confrontation with and defeat of Napolean. In this regard, Al-Jazzar was the Wellington or Nelson of the Middle East.

The guided tour lasted about 15 minutes, and we were invited to ask any questions ("all questions are acceptable!" he said). The guide made a point of distancing the local Sunnis ("moderate") from the Shias ("extremists/crazy"). He also proudly told us about the relic in the "ezrat nashim"/ladies area of the mosque - a hair of Mohammad.

Our next stop was the Akko Prison, which unfortunately had already closed for the day. Outside the prison building was a collection of photos and explanations about the prison at the time of the British mandate, when it was used for incarcerating, and in some cases executing, Jewish underground members.
More information about the museum itself here: https://en.wikipedia.org/wiki/Acre_Prison

We did make it on time to see the very impressive series of sites called "The Knights' Kingdom".
These mainly crusader buildings have been extensively excavated, renovated and restored in recent years and now comprise a series of attractive museums and galleries. 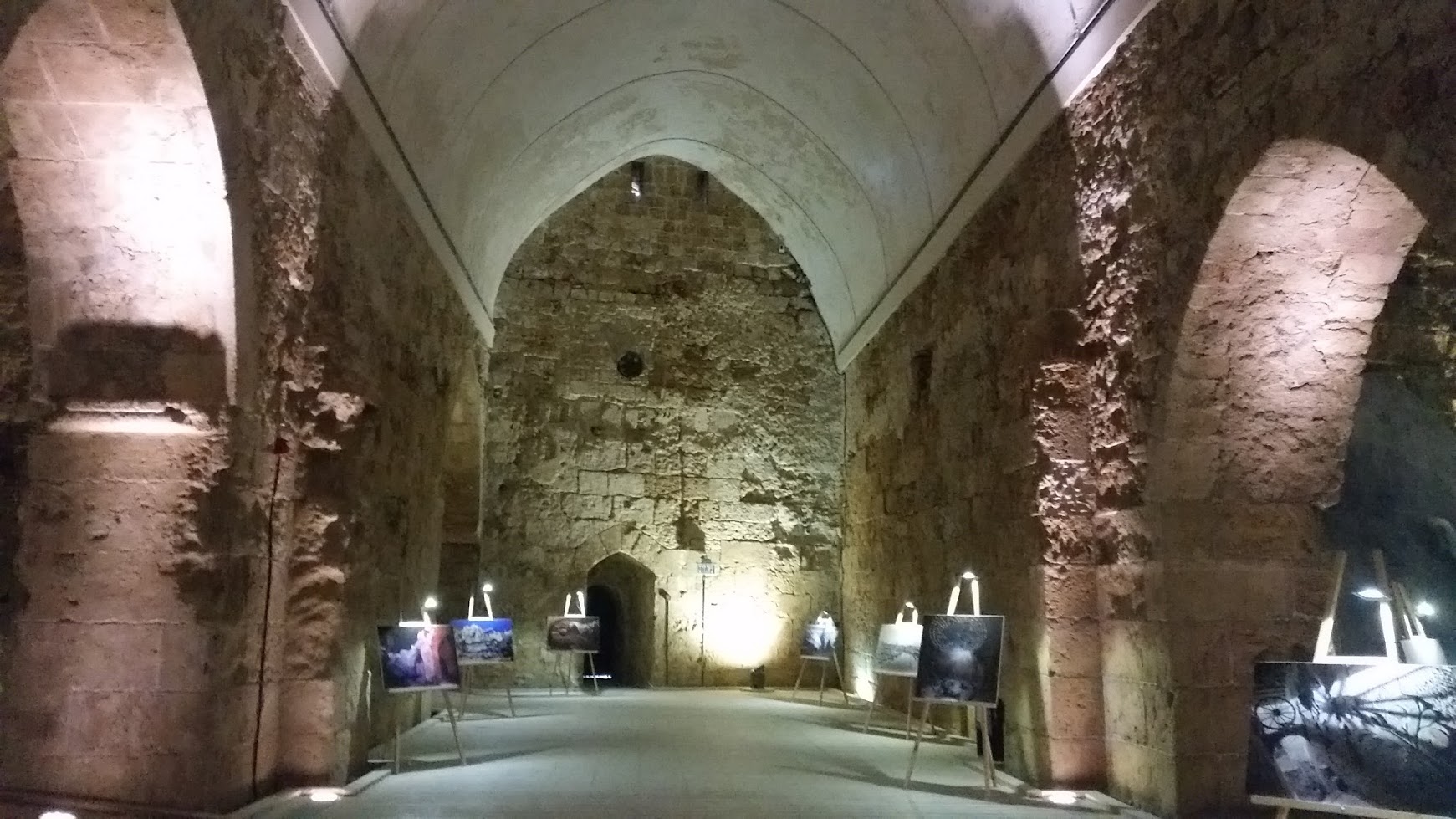 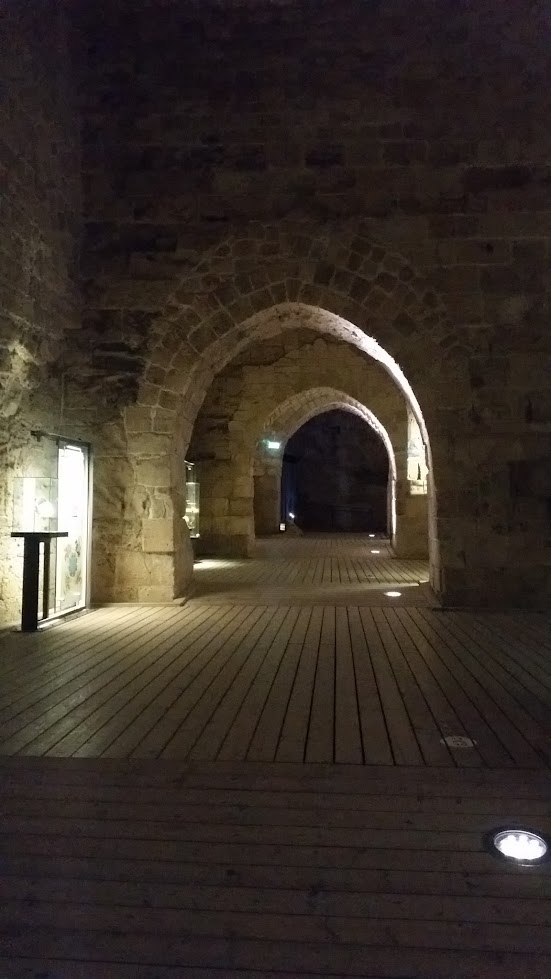 The Knight's Kingdom was definitely the highlight of the visit to Akko for me, and we could have spent a couple of hours there, given more time.

On the same entry ticket, we were able to visit several other sites, including the 350 metre long Templars Tunnel, which runs from the Templar quarter of the city to the harbour area. This has also been made accessible for tourists and renovated.

We visited the scenic ancient port area and then searched for the Ramchal Synogogue, the only shul in the Old City. We did find it, but it had also closed by the time we got there...

Now hurrying to make Mincha/afternoon prayers, we headed through the fascinating backstreets, colourful shuk, and out of the old city to our car. We went to the Tunisian synogogue, a short drive away from the Old City.

This was also a pleasant surprise, as all of the synagogue's walls and floor were covered in spectacular mosaics. 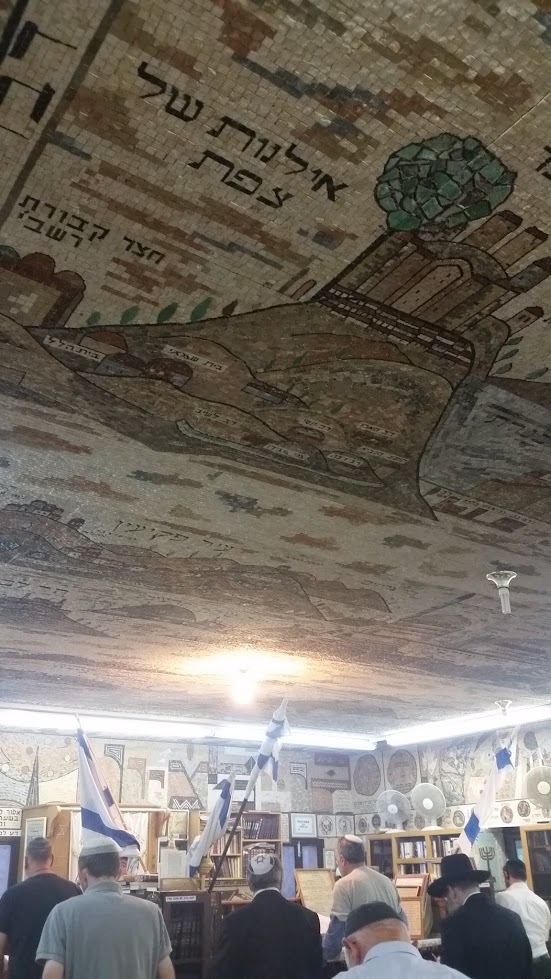 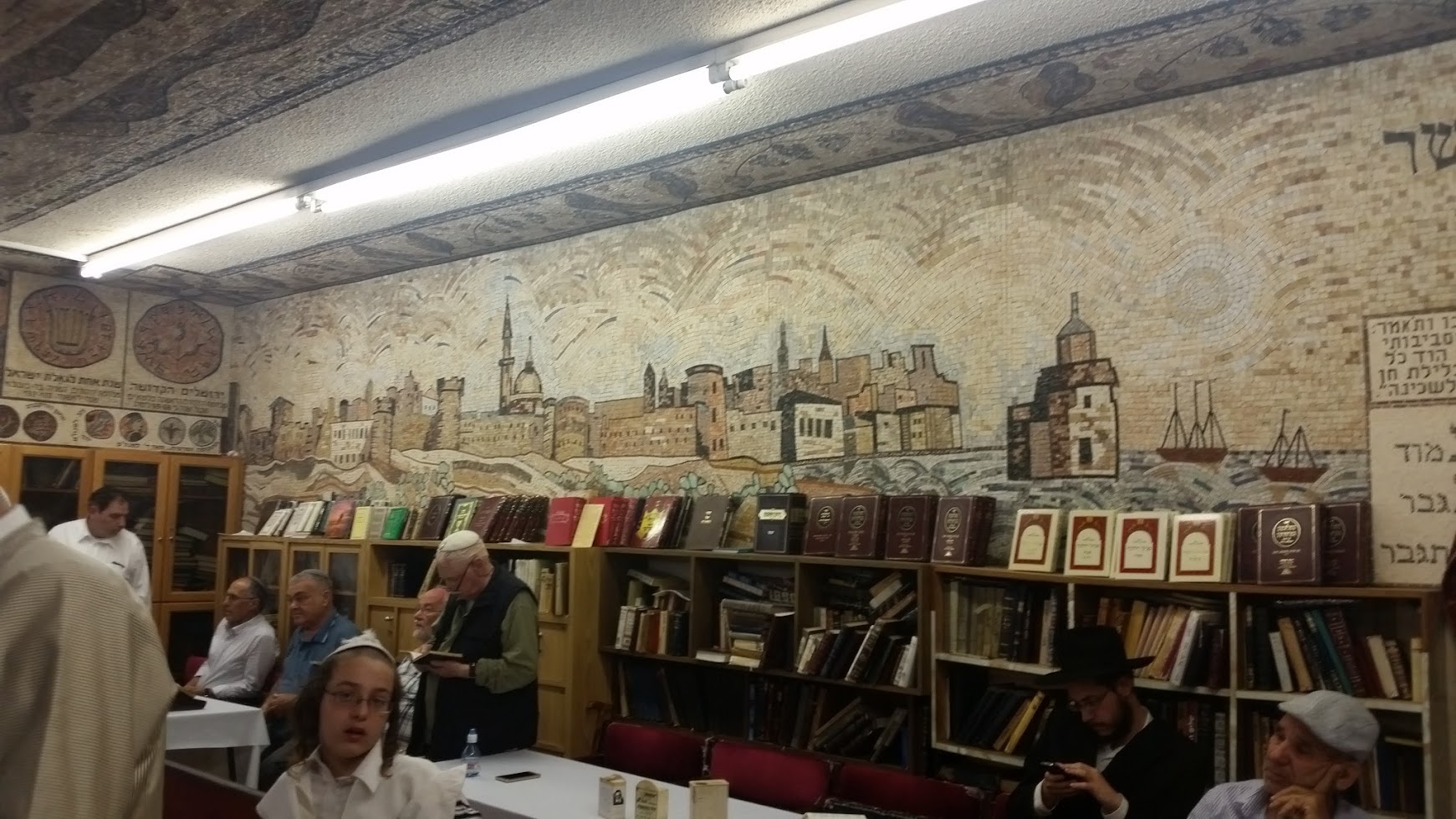 After mincha, and convinced of the unlikelihood of finding a no-kitniot restaurant in the locale, we headed back down the Road 6 to Beit Shemesh.

Conclusion: Akko is very well worth a full day's visit. The old city has been renovated and made much more tourist-friendly than my previous visit, perhaps a decade ago.

It is also relatively quiet, even during the Pessach vacation period, giving the feeling that we were somewhat off the beaten track and exploring.

I would recommend arriving there earlier than we did (we arrived in Akko about 1pm) in order to manage to see the many historical sites, museums and attractions before closing time (varies from place to place, from 4pm to 6pm).