The cover-up phenomenon is pandemic.

To cite a few high profile examples over the past couple of years:

Jimmy Savile, UK pop culture hero and saintly charity worker - who reportedly raised UKP 30m for charity. His abuses of children only became public after his death. Hundreds of victims have since come forward to present their horrific experiences to a board of national enquiry. The abuses happened in the children's hospitals where Saville volunteered, and even in his BBC changing rooms. Literally hundreds of victims have stepped forward since 2012; and it has become clear that hundreds more adults knew, including senior members of the BBC and staff at the children's hospitals, and all who stood by doing nothing to protect these children from Savile for sixty years.

Gerald "Jerry" Sandusky was the beloved and respected deputy football coach for Pen State under the celebrated Joe Paterno. Like Saville, Sandusky was also an exemplary volunteer and activist for children, founding the non-profit The Second Mile, which received presidential accolade from George WH Bush.

"Taking into account the available witness statements and evidence, the Special Investigative Counsel finds that it is more reasonable to conclude that, in order to avoid the consequences of bad publicity, the most powerful leaders at the University — Spanier, Schultz, Paterno and Curley — repeatedly concealed critical facts relating to Sandusky's child abuse from authorities, the University's Board of Trustees, the Penn State community, and the public at large".

Rotherham is a post-industrial city in Yorkshire, Northern England. In August this year, a report exposed that over 1400 (yes, one thousand four hundred) children had been systematically sexually abused in the town. These crimes were perpetrated by mainly Asian men, over a period of decades.

The report said the "collective failures" of political and officer leadership were "blatant" over the first 12 years covered by the inquiry.

Senior managers within social care were said to have "underplayed" the scale and seriousness of the problem.
Police were said to have given CSE (child sexual abuse) no priority, regarding many child victims "with contempt" and failing to act on their abuse as a crime.
The report found that three other publications in 2002, 2003 and 2006 provided "stark evidence" to the police and council.
The first of these was suppressed, which the report said had led to suggestions of a cover-up, while the other two were ignored.
Staff were said to have believed the extent of CSE had been exaggerated, while some were "overwhelmed" by the numbers of cases involved.
The Catholic Church has become a by-word for sex abuse cover-up, due to repeating patterns of clergy who sexually abused children, and who were then protected by the Church hierarchy for decades. These scandals have rolled from Boston, USA, where the behaviour was first exposed in The Boston Globe in 2002, through dozens of other US locations, and then to Catholic communities throughout Europe, South America and Australia.

The Jewish community has also experienced increasing exposure of past child sex abuse cases, and the cover-up phenomena which have come to light parallels the behaviour in other cases, such as those above.
Many of these events have taken place in orthodox communities, which is a double-blow to the prestige and good names of these communities - the first is that these crimes existed in the most pious communities, and the second that the community leadership had often failed to side with the victims, rather denying, minimizing and covering-up the crimes. 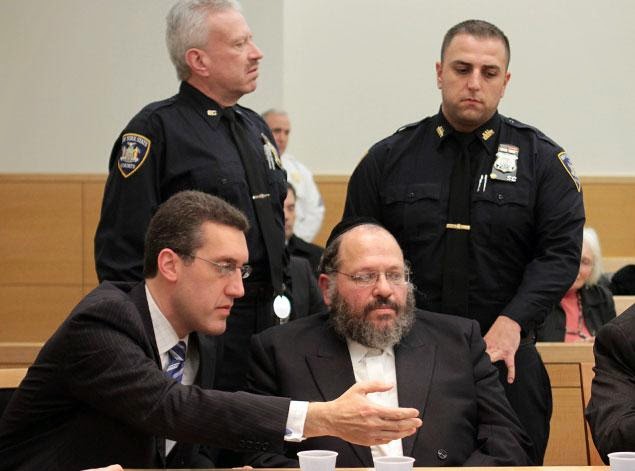 One high profile case was in the Satmar Chasidic community in Williamsberg. Rabbi Nechemya Weberman operated there as an unqualified but highly trusted therapist.

When a lone girl stepped forward, claiming to have been sexually abused by Weberman, she and her family were ostracised, intimidated and offered a $500K bribe to shut-up. The campaign to protect Weberman and to out the victim culminated in a packed fundraising dinner by the community, ostensibly to pay Weberman's legal fees, but actually to raise the cash for the bribe money.

In January 2013, Nechemya Weberman was convicted on 59 counts of sexual molestation of the young girl whom he had been counseling. He was sentenced to a staggering 103 years in the state penitentiary.

This pattern has been thoroughly documented in a new book by Michael Lesher Sexual Abuse, Shonda and Concealment in Orthodox Jewish Communities.

I offer the following explanation of the phenomenon of covering up child sexual abuse - which is a universal and dangerous problem.

All these cover-ups are happening within social groupings.

That social grouping may be a national broadcasting authority or a children's hospital; a football club or university; in the case of Rotherham, a whole city's authorities and social services; the vast and closely organized Catholic Church; and our own orthodox Jewish communities.

In order to better understand the phenomenon, I suggest one consider the smallest social unit: The Family.

Indeed, the most distressing child sexual abuse cases are those which take place within a family.

Imagine you are a mother. Your daughter divulges to you that your husband, her father, has been sexually abusing her.

The horrific range of response going through the mother's shell-shocked mind include:

I love my daughter, and I love my husband.
I don't, no CAN'T, believe my daughter;
I believe her partially, but she must be exaggerating;
Why might my daughter be lying about her father - perhaps there is a vendetta; maybe she's mentally ill;
Should I challenge my husband about it, or will that put me at risk of reprisals from him;
If I confront him, will he take revenge on my daughter;
Maybe if I don't challenge him, but make sure to take some physical measures to protect my daughter, then, he'll stop;
maybe he's hurt others of my children;
should I call the police, or social services;
but maybe they will only make things worse;
yes, they'll probably only make things worse;
what if word gets out that my husband has abused my daughter - we'll all be shamed and ostracised;
if this gets out, it is the end for our family - whether or not he did it, my family life, as I knew it, is finished.
I have to tell my daughter to shut up; I'll sort it out quietly.

And all this plethora of responses play out in the football club, university, broadcasting authority, municipality, church or synagogue.

It is at this point that most governments around the world step in and compel responsible behaviour, through variations of mandatory reporting laws for child abuse.

Here in Israel EVERY ADULT is a mandated reporter, if they have reasonable suspicion that a child has been abused.

Responsible organizations also introduce and implement protocols which lay out the correct procedures to follow in the case of an allegation of abuse.

It is a tragic lesson, learned so many times in every community that, left to their own devices, responsible adults and community leaders will too often make the wrong choice.

To cover up, rather than expose and address, cases of abuse in their midst.