How Many Innocent Civilians? 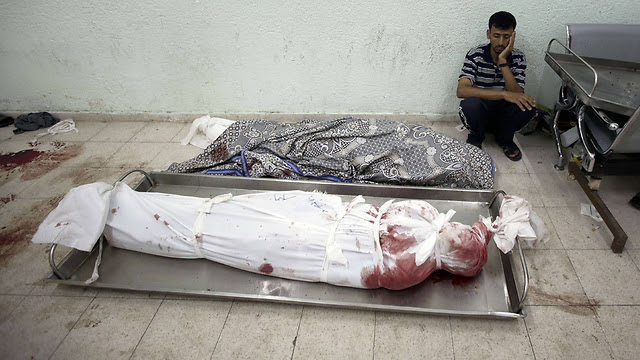 Hamas has every interest in promoting a narrative which would show Israel is slaughtering huge numbers of non-combatant civilians, and so generate international pressure upon Israel to cease the fighting.

Part of the agenda is to portray combatants who were killed in action, as being innocent civilians killed by Israelis.

Indeed, the numbers as presented do look horrific to every civilised person.

According to "a spokesperson from the United Nations Office for the Coordination of Humanitarian Affairs (OSHA)", quoted anonymously on YNet

You'll excuse a sterile approach to the numbers, which represent dead human beings, and are not solely statistics.

My reading of these numbers is:

If there were indeed 239 children, and 124 women, we can reasonably assume they were non-combatants.

If there was indiscriminate killing, then we would expect an equal number of men as women to be killed, ie 124 men. For the sake of the discussion, we'll assume none of those men were combatants.

Total is therefore 627 combatants and 482 non-combatants.

An appropriate (though tragic) picture for a civilised army fighting a jihadist militia deeply embedded within a civilian population.

No indiscriminate or targeted killings of innocent civilians.