Dangerous to Wear a Kippa (sruga?) 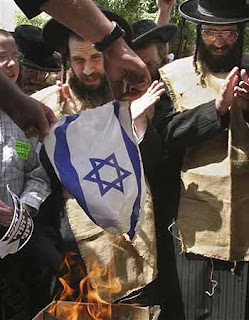 I am often required to travel to for business – and with the downward spiral in Turkey/Israel relations, I have increasingly uncomfortable wearing my kippa in the streets of and . Locals have advised me to remove my kippa, for my own safety.
I have asked my rav (Rav Chaim Soloveichik) whether I can take my kippa off, if I feel this can put me at physical risk? He confirmed that I can (even should?) – or wear a hat if this will sufficiently disguise my identity (wearing a hat itself looks “odd” in ).
Arutz 7 has published an article about a recent attack (what they call a lynch) upon a bunch of kids who were walking through Ramat Bet Shemesh (Bet) on their way back from celebrations, on Yom Ha’Atzmaut (Israel’s Independence Day). The article features graphic photos of bruised and bloodied kids, and tells a harrowing story of how they were attacked by a mob of local residents with rocks, metal-buckled belts, pots, shovels and other domestically-available weapons. 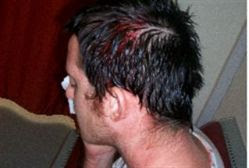 Ramat Bet Shemesh Bet is a predominantly Ultra-Orthodox neighborhood; it is also the home of groups of  Neturei Karta and other anti-State-of-Israel extremist sects (such as the group in the top photo).
Every year, those small groups of extremists hold demonstrations on Israel’s National Holidays, including Israeli flag burning, waving large black flags, and shouting & graffiti-ing their blood-curdling curses upon the State.
There have also been many cases of drivers being attacked (particularly those with traditional Israeli flags fixed on their cars) and their vehicles being damaged.
I myself had my car stopped by a crowd of demonstrators and a flag snapped off my car while driving along the main road in Ramat Bet Shemesh Bet.
In an incident about a year ago, a group of National Religious kids from Givat Sharett were severely beaten up (including my pediatricians daughter), while walking through Ramat Bet Shemesh Bet. This event resulted in Givat Sharett residents organizing a large (and orderly) demonstration against neighboring militants.
Unfortunately, I fear it is only a matter of time before someone gets killed, chas veshalom, by such a mob.
Do I need to tell my kids to disguise their National Religious identities? To wear hats over their kippot in Ramat Bet Shemesh Bet? In which case, what’s the difference between being a Jew in Bet Shemesh, and being a Jew in ?
chareidim Israel ramat bet shemesh