Showing posts from September, 2012
Show All

[This piece is satirical, written during the Sukkot Tabernacles Festival - when Jews traditionally go out to build 'sukkot' - temporary huts]

WASHINGTON (AP) — UN Intelligence reports what appears to be a coordinated massive construction campaign by Israeli settlers throughout the Occupied Territories.

An unnamed official told Al Jazeera that "as of Thursday night, practically every settler dwelling had undergone an expansion consisting of hastily constructed booth-like edifices."

In a sharply worded statement, US President Barack Obama declared these provocations to be "detrimental to the peace process" and called on Israel to remove these "obstacles to peace".

Is THAT movie about Muhammed based on truth?

By Sam Bacile
The commentary and analysis of the Muslim riots and terror attacks in reaction to the 15 minute cheap movie trailer about Mohammad on You Tube, have generally focused on the freedom of speech and whether this extends to inflammatory & offensive material.
There has also been a measure of shock and horror at the barbarity of the Islamic response, including the brutal murder in Libya of the US Ambassador Chris Stevens. And plenty of speculation about the identities and motives of those who produced the movie.
However, I have not yet seen anyone address whether the allegations in the movie, The Innocence of Muslims, are indeed dastardly slurs and lies against the Prophet Muhammad – or may actually be true.
The classic example of a restriction on freedom of speech is that it is forbidden to shout "Fire" in a crowded theatre.
Doing so causes a public menace – and is therefore illegal.
However, such a rule would not apply if there really were to be a fire.
In su…
2 comments
Read more

You're Not Ready For Yom Kippur!!

You're Not Ready for Yom Kippur Until...Please give generously when you donate your Pre-Yom Kippur Tzedaka, Kaparos and Yizkor Donations to help over Two Hundred local needy families (over one thousand local people), via Lema'an Achai.With Lema'an Achai's "Smart Chesed"  you know that your money is going to help families strategically, to help resolve, rather than perpetuate problems, so that Be"H these families will not require Tzedaka and Chesed next year.

Lema'an Achai is actively helping families in every single shul and on every street of RBS A - without exception - and is the ONLY tzedaka organization which helps the whole of RBS A.
You can fulfill this pre-Yom Kippur mitzva, increasing zchuyot, conveniently right now:
1. Online - www.SmartChesed.org
2. By phone (in Hebrew) - 02-99999.33
3. Via you shul gabbai or local Lema'an Achai drop-off.
4. By mail: Lema'an Achai Center, 40/7 Nahal Lachish, Ramat Beit Shemesh, 99093
5. By Hora'at K…
Post a Comment
Read more 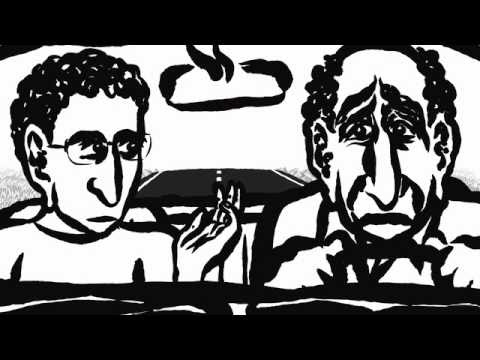 A very appropriate video from Aish for the 10 Days of Penitance/Yom Kippur:

The Most Important Thing... 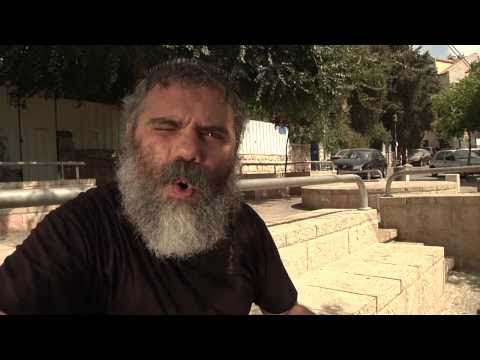 Rosh Hashana message from Latma, the satirical comedy team - who are uncharacteristically 'straight' in this excellent foot-tapping morale-boosting video:

From Tzedek-Tzedek's Man in Ankara
An arsenal in Turkey exploded this week, killing 25 soldiers.
Whereas the Turkish Foreign Ministry announced it was an accident, people I spoke with reckoned it was a terror attack.
Army officials were quoted as agreeing with the folks on the street.
“Of course the Foreign Ministry would claim it was an accident,” I was told. “The whole Government is trying to understate the scale of the terror war Turkey is fighting, and losing.”
Apparently there were two distinct explosions – caused by a renegade soldier throwing hand grenades.
How anyone on the street would know what happened in a vast explosion that left no survivors, nor even recognisable corpses, I have no idea. But Turks naturally suspect conspiracy, round every and any corner.
The Turks are hosting 80,000 Syrian refugees. A truly humanitarian act. Right?
Wrong.
According to many Turks, including parliamentarians, these are not refugee camps at all.
They are actually training camps…
Post a Comment
Read more 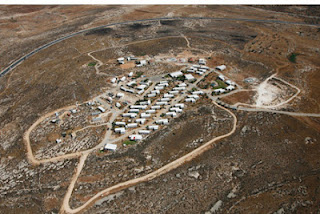 The struggle to save the Jewish village of Migron began in 2006 when Peace Now filed a petition to Israel's High Court of Justice.
The home to 50 families, with some 200 children, Migron has fought back in the courts, in the Knesset  and in the media.
The battle in the courts has continued up until this past week, when the High Court once again rejected Migron's final appeal.
The claims that seventeen families from Migron had recently purchased the properties from the local Arab owner, were rejected.
Factions in the Knesset endeavoured to pass legislation which would have legalised the village (and other Jewish settlements which have also not yet been authorized).However, these initiatives did not achieve the Knesset majority vote, and fizzled out.
"Settler leaders" have also actively promoted Migron's cause in the media.
However, at no point has anyone been encouraged by these leaders to take the protest to the streets.
Some 'orange' pro-settlement fol…
10 comments
Read more
More posts