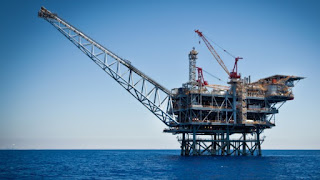 Arik Sharon was nicknamed "The Bulldozer". During his career he was reputed to go to any and all means to push his agenda through any obstacles.

Whether it was Sharon's daring formation and leadership of Unit 101, which took the fight to the terrorist bases in the 1950's; or his dogged persistence in advancing over the Suez Canal in the 1973 Yom Kippur War; his personal after-me invasion of Lebanon in the 1980's; or his at-any-cost uprooting of the Jewish communities in Gush Katif in 2005.....Arik Sharon would not take No for an answer.

Benjamin Netanyahu is known for his more measured diplomacy and nuanced policies. He is vehemently right wing politically and economically - but he is not blindly ruled by dogma, much less any particular policy course. Netanyau is no bulldozer.

However, Netanyahu's handling of the Leviathan Gas Field issue looks remarkably like a Sharon, rather than a Netanyahu.

Noble Energy discovered the Leviathan Gas Field in 2010 and it has since been estimated at 19 trillion cubic feet, one of the world's largest gas discoveries in the previous decades. The potential benefit to Israel's Government and economy is many (some say 100's of) billions of dollars.

Unfortunately, none of this gas has yet been commercialised due to legal and political wranglings.
(Some gas is now flowing from the smaller Tamar field).

The main issue is the creation of a new monopoly (Noble-Delek) over a strategic once-in-a-lifetime national asset.

This was first flagged up as a major problem by Prof David Gilo, head of Israel's Monopolies Commission, who declared in 2014 that the arrangements for the gas fields was anti-competitive.

Netanyahu has since then personally led the charge to obtain necessary approvals for the Gas Deal.

Initially only a select few Government Ministers were even privy to the nature of the arrangements which the Government had negotiated with Noble-Delek. Once Netanyahu was forced to show his hand, and explain the pricing and ownership arrangements to the Government and the public, so opposition to the plan became more intense.

Faced by strong opposition in the Knesset, and then even from within his own cabinet, Netanyahu tried side-stepping the whole democratic process by asking Arieh Deri to approve the deal, which in Deri's position as Economy Minister, he was technically permitted to do.

Deri (quite rightly) balked at participating in this cynical maneuver, and even resigned his position as Economy Minister to avoid being utilised in this way by Netanyahu.

Today, in a first ever for an Israeli Prime Minister, Netanyahu came to the Supreme Court, where the deal is being appealed, in order to present his case that, as a defence and national strategic issue for Israel, Netanyahu (as Economy Minister) was permitted to sign the deal without referring to the Cabinet or the Knesset.

When it comes to the Gas Fields, Netanyahu has twisted, shoved and bullied - yes, bulldozed - to finagle a deal to enable the gas, and the taxes to the Government coffers, to flow.

Arik Sharon would be proud of Bibi the bulldozer.