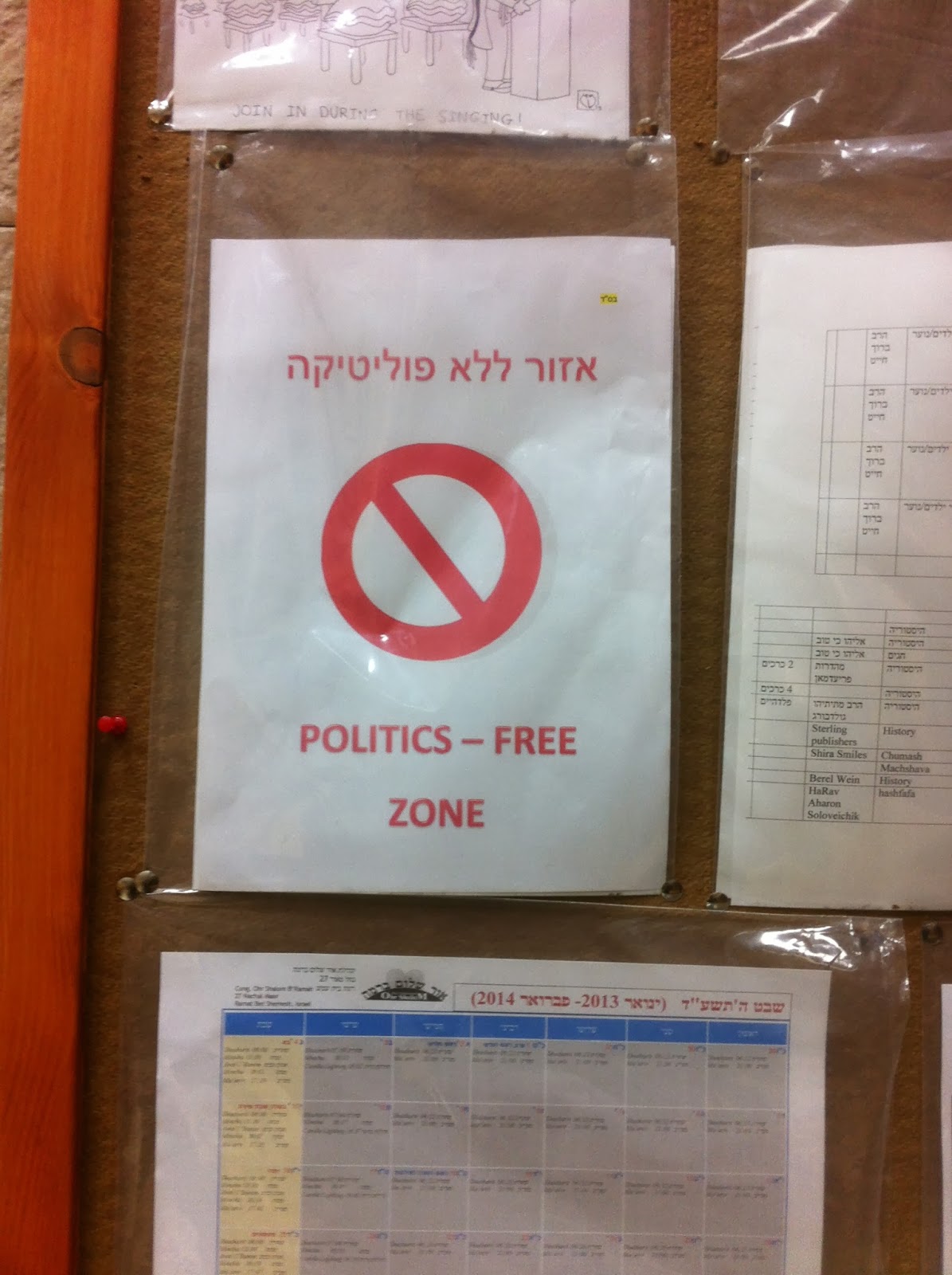 Rav Chaim Soloveichik has declared his shul Ohr Shalom as a "Politics-Free Zone".

In the run-up to the highly charged Beit Shemesh re-run municipal elections, Rav Soloveichik explained in his shabbat address that, notwithstanding the impeccable behaviour of members of the Ohr Shalom community during the October election campaign, he was declaring the shul politics-free.

The previous campaign was highly contentious, including some political campaigning which was inciteful and malicious - and even criminal, which lead to the election results being cancelled by the Jerusalem District Court.

New elections are being called, pending an appeal to the Supreme Court by the erstwhile winner of the October election, Moshe Abutbol, and are expected to take place at the end of February.

Rav Soloveichik is setting an example that he suggests other shuls might follow, in order to prevent political tensions and rivalries from overflowing into the shul setting.

So whereas Church & State are very much intertwined in Israeli politics, that potent mix now stops at the doors of Ohr Shalom.