Rav Motty Elon: Not Too Big To Fail 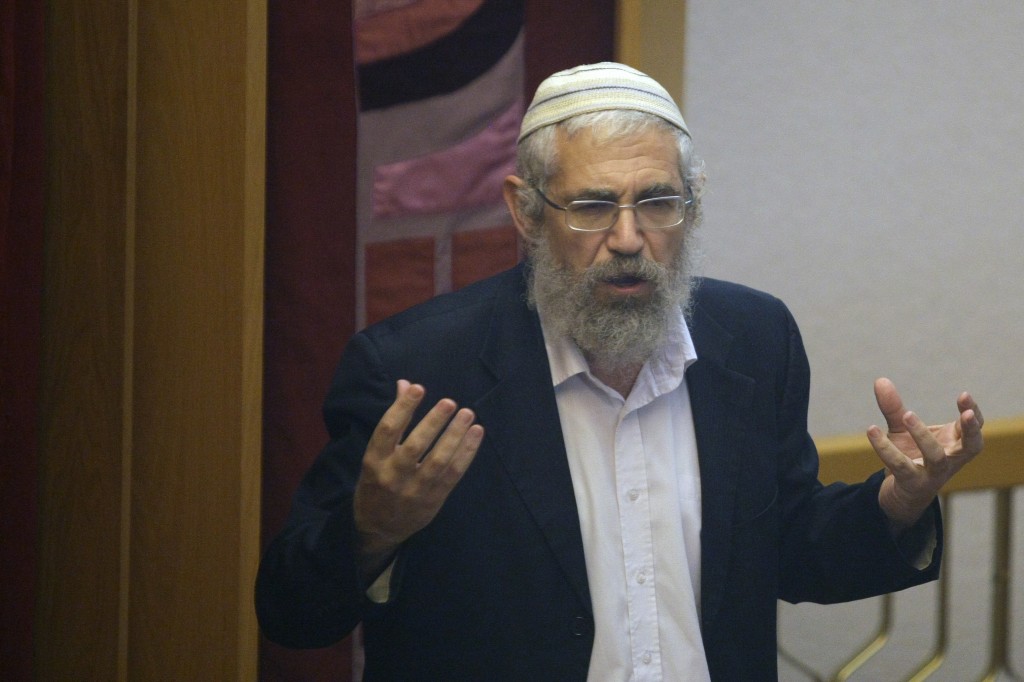 Rabbi Motty Elon was the poster-rabbi of the National Religious in Israel.

His weekly classes on the torah portion were standing-room only, and broadcast live on radio; on Friday afternoons Rabbi Elon had his own TV national show.

Rabbi Elon was head of the prestigious Yeshivat Hakotel and of Horev Schools.

The conviction of Rabbi Motty Elon on two counts of sexual abuse of a minor in the Jerusalem District Court, was a dramatic development in a saga going back at least three years.

"Forum Takana" had been established by a group of religious leaders, together with mental health and legal experts, with the mission of obtaining and investigating reports of alleged sexual abuse by VIPs, such as rabbis and teachers, in national religious ("dati-leumi") institutions.

Most of Takana's work was carried out quietly and discretely.

In short - if Takana was established to take on VIPs in the National Religious camp - this was their moment of truth.

As a member of Forum Takana told me, "if we were the coast guard, this was a tsunami".

Apparently none of the initial victims who came forward to Takana was willing to report to the police, and, as none of them were minors (less than 18) Takana themselves were not required to report the allegations under Israel's mandatory reporting laws.

Rabbi Elon was instructed to desist from his teaching positions and, under a pretext (ill health), move away from Jerusalem to the small community of Migdal, by the side of the Sea of Galilee.

Rav Elon duly abided by these instruction; however, when Rav Elon broke some of the ground-rules which had been set for him by Takana, Takana went public.

On 15th February 2010 Takana issued a statement that Rav Elon was the subject of substantive complaints of sexual misconduct and that he constituted a risk to the public.

As a result of the ensuing storm of publicity, several minors came forward with further complaints, which resulted in Rav Elon being charged of sexual offenses against two male minors.  One of these minors subsequently withdrew their cooperation from the process, and the charges associated with him were dropped by the court.

Throughout this process, Rav Elon retained a dedicated corp of admirers, who passionately protested his innocence. Takana itself came under fire for encouraging false allegations against the rabbi.

Last week, the court issued a guilty verdict against Rav Elon on two counts of sexual assault against a minor. Rav Elon is looking at a sentence of up to seven years of imprisonment.

Not only was Takana vindicated by this verdict, but it was undoubtedly a day of victory for the victim, who courageously went through a gruelling process of the court case and the pillory of public opinion.

Beyond that, it underlines the wisdom of the decision of the national religious leadership to establish Takana in the first place - in this community, no-one is too big to fail, and such scandals will not be swept under the carpet.

The message is clear: The children will be protected, first and foremost.