When Does Reporting Become Ratting? 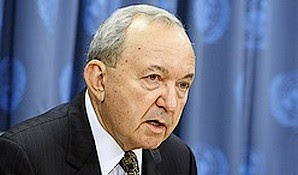 From Goldstone to Child Abuse

Every child knows that his decision to report alleged misdemeanors by his fellows in the school-ground to an adult, carries with it a risk of being labeled, and often treated, as a ratter or sneak.

Retired South African judge Richard Goldstone, who has put his name behind the deeply critical Goldstone Report about the Gaza “Cast Lead” campaign, is Jewish and even has “deep ties” to Israel. Goldstone has served as a trustee of the Hebrew University and a president emeritus of World ORT, the Jewish organization that is a leader in vocational training and education.

Goldstone describes himself as a Zionist, and says that he was motivated to head the UN Human Rights investigative committee on Gaza as means of helping Israel: “I was driven particularly because I thought the outcome might, in a small way, assist the peace process,” he told the Forward.

In the Jerusalem Post. Goldstone says: "My first wish and hope is that there would be open inquiry in Israel," and his daughter Nicole Goldstone to Israel’s Army Radiothat: he was doing the best thing for everyone, including Israel," she said. "He is honest, tells things how he sees them and wants to uncover the truth."

Meantime, on the street in Israel, Richard Goldstone is arguably the second most unpopular man on the planet, closely following Mahmoud Ahmadinejad, the President of Iran.

Other examples of where this moral confusion exists include corporations who dissuade staff from reporting corruption or abuse allegations to outside bodies, which have themselves initiated “whistle blowers” protection programs – where the Government can protect the reporting party against being harassed by his employer.

Universities in the US under-reported sex crimes on their campuses for decades, in order to retain better-than-deserved reputations and continue the flow of fee-paying students.

The Catholic Church systematically covered up sex-abuse by clergymen for generations, until 2003 when the tip-of-the-iceberg was revealed in Boston, setting of a domino effect of scandals throughout the Catholic world.

In the Jewish community, there is a halacha forbidding the reporting or handing-over of a Jew (“moiser”) to the non-Jewish authorities. Like many rules, this one has its exceptions.

Indeed I myself have been accused of this, in my work advocating for victims of child abuse.

In almost all circumstances where people report allegations further up the food-chain there is a moral conflict between protecting innocent parties from alleged abuse, and the requirements of loyalty to a ‘club’ – such as a community or even country (in the case of Goldstone).

In my opinion, the litmus test is to answer “What are you reporting to Who?”

When a kid reports that a fellow in the schoolyard miscalled a ball, to the leader of the in-school mafia – then the kid should expect to be unpopular.

The Jew who reported an alleged misdemeanor in the community to the Czar’s representatives, would likely be guilty of “Moiser” and the community could exact consequences.

When Goldstone accepted the position to head the UN Human Rights Council’s investigative committee into the Gaza Cast Lead operation, he was aware of the rabidly anti-Israel history of the misnamed Human Rights Council and of the biased mandate he was required to report under. Goldstone knew that any criticism he reported - particularly coming from a Jew - would be cynically used by Israel’s enemies to weaken Israel and attack it.

Goldstone is correctly despised on the streets of Israel.

However, when a kid reports that a fellow is selling drugs to other kids on the school grounds, to the school authorities, then this is an appropriate, even courageous step to take.

When an employee reports corporate corruption to external supervising bodies, this is also highly appropriate, and the employee deserves the support and protection of the authorities to enable him to do this.

And when allegations of child abuse are made within a Jewish community in Israel, the USA or any other democratic liberal society (where the system of justice is reasonable and fair), in order to protect the victims and potential victims, and to assure justice is done with the alleged perpetrator – it is appropriate and praiseworthy to report these to the social services and/or to the police.

But I leave the question open about the role of blogs – when does reporting on a blog become ratting?